Veganism is becoming an increasing popular lifestyle among the public and even high-level athletes. Increasing our intake of plants whilst reducing our intake of processed animal products has been shown to improve both our mental and physical health.

More plants are certainly great for our health but we can’t forget that, as a lifestyle and dietary approach, adopting veganism cuts out a vast number of nutrient-dense foods as well (which contain nutrients, vitamins and minerals critically important for our health, performance and recovery).

To help out any vegans or anyone considering introducing more meat and dairy-free days into their diet, here’s our best advice on which dietary supplements vegans should consider incorporating to minimize the risk of any deficiencies and to help you achieve your healthiest self. 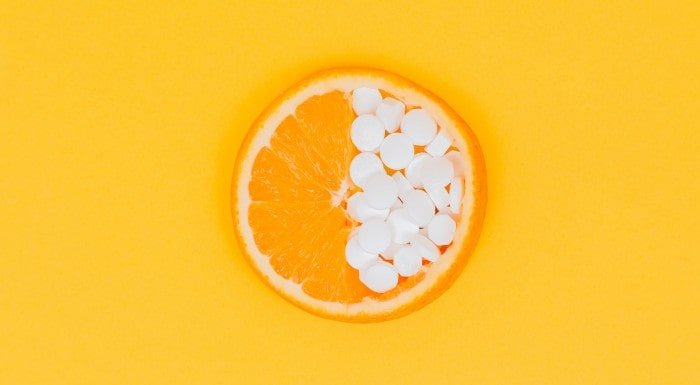 This suggestion is one more of convenience than necessity. Recommended protein intakes are readily achievable following a vegan approach when you factor in the contributions of beans, lentils, soy products, nuts, seeds, veggies and more.

However, we know that athletes, and those just wanting to build some muscle at the gym, require higher levels of protein intake to ensure they’re recovering and performing at their best.

This may not be as easily achievable relying on whole foods sources (given that recommendations range between 1.6 to 2.2g of protein per kg of bodyweight) and so introducing a vegan protein powder such as a plant protein vegan blend, a soy based powder (or one of the other vegan options) would make for a highly cost, calorie and time efficient alternative.

What you need to know about a dairy-free protein alternative.

Omega 3s are predominantly found in oily fish and other marine sources. They play an incredibly important role in the health of our brain, cognition, heart, overall physical and mental health. What’s also important to mention is that they’re also considered essential as we’re not capable of producing them ourselves so we have to rely on our diet to achieve our needed intake. Studies have shown that vegan groups possess lower levels of omega 3s than omnivorous diets and even vegetarian diets.

While there are plenty of plant-based omega 3s, like chia seeds, flax seeds, walnuts and more, it may not be efficient or practical to achieve daily intakes from these foods (especially if your goal is weight loss and or you have a lower energy intake requirement as these can be quite energy dense).

Using an omega 3 supplement can be a more efficient alternative and more cost, time and calorie effective.

Iron plays a critical role in energy metabolism as well as the function and production of our red blood cells (the handy little things that carry oxygen around our body and keep us alive). The predominant source of iron in the human diet is red meat and other animal products, which provides an obvious issue to our vegan readership…

While iron is found in a range of plant foods it’s found in what’s called it’s “non-heme” form; a form of iron which is not as bioavailable or readily usable by the human body.

Supplementing with a more absorbable form of iron would be advised, especially for women and or highly active individuals as their iron demands are even greater than the daily recommended.

Vitamin B12, otherwise known as cobalamin, plays an incredibly important role in the formation and function of our central nervous system as well as ensuring our metabolism is functioning correctly so that we can produce the energy we need and all the other important metabolic shenanigans.

It’s fairly well established that vegetarians are deficient in vitamin B12 with vegans found to be even more so.

It’s really quite important, and virtually universally recommended, that those following a plant-only diet approach supplement with vitamin B12 to avoid any of the nasty symptoms that come along with deficiency including fatigue, weakness, constipation, loss of appetite, numbness and tingling in hands and feet, difficulty maintaining balance and more.

Calcium deficiencies aren’t as common as other nutrient deficiencies because many vegan friendly foods and drinks are fortified with calcium nowadays. Calcium intakes are worryingly low across the board, irrespective of diet, however vegans do tend to be those who are lowest among diet evaluated groups.

Calcium, like every other nutrient we’ve touched on so far is also really important; our bones and teeth are formed with calcium and the mineral helps us to regulate blood clotting, muscle contraction and our heart beat.

Being deficient carries many risks, with the most well-known being an increased risk of bone fracture. Fracture occurrence has been found more commonly in vegans which should be a concern for vegan athletes and a further reason to consider supplementing not only with calcium but also the next supplement we’re going to discuss…

Vitamin D levels, like calcium, are widely below what’s recommended. This deficiency is, unfortunately, especially prevalent in vegan groups (who may miss out on certain fortified foods and or sources found in animal products).

Vitamin D and calcium work in synergy, with vitamin D helping to regulate the absorption and reabsorption of calcium in the gut.

Vitamin D also plays a massively diverse range of roles across the body, involved in both the mental and physical domains of health, and is considered to act more like a hormone.

Known as the “sunshine vitamin”, we’re able to produce active vitamin D when our skin is exposed to UV rays.

Given that we’re coming into winter and many of us have been forced indoors, for the virus who shall not be named and the absolutely Baltic weather we have in the UK, exposure to sunlight will be an all-time low and so supplementing with vitamin D is recommended.

Supplementing with around 1000 to 2000IUs per day would be incredibly beneficial to your health, not just in Winter, but all year around.

This is a nod to the sports nutrition buffs amongst you who are always looking to gain that edge with their performance.

Creatine acts as an energy “recycler”, helping to replenish ATP. ATP is the molecule we use to perform just about anything. From movement, to repair and even memory formation; if it needs energy, it’s ATP we turn to.

When we perform certain kinds of movements, like high intensity, short duration movements, we rely very heavily on ATP. If ATP depletes faster than we can replenish it during these exercise movements we may not be able to complete the number of reps we wish or achieve the level of force output we’re after.

Creatine supplementation benefits aren’t immediate and it must first saturate the muscle before we can reap the rewards. These associated rewards likely result from creatines effect on increasing power output, how it influences muscle growth and even its influence on cell-to-cell signaling.

Creatine can be achieved through dietary intake but it is only found in certain animal products (steak being one of the most well-known sources). So vegan athletes might want to consider supplementing with creatine to improve their performance.

Creatine supplementation is typically taken in two ways; either “loading” with it or taking it more consistently. The difference is that a “loading” phase will lead to the benefits of supplementation occurring faster (however can upset some peoples gut).

Creatine Loading Or Cycling? And How Much Per Day?

There are more approaches to creatine loading and cycling than you think.

Cutting down on the highly processed animal products and introducing more plants in your life is known to be better for our overall health; adding a few vegan meals into your week is a great way to boost your health and veggie count.

But it’s not a simple panacea to our health once we make the switch; much like every other dietary approach it has its pitfalls too.

A well planned, coordinated and goal focused vegan diet approach, combined with the right supplementation protocol and tactics, can however be a “gamechanger” for your health.

Try adding in a few of our suggestions and spending a bit of your own time analyzing and auditing your current approach; let us know what you try and how it helps.

Why Bodybuilder Cuts Creatine Before A Show

Can You Build Muscle With Just A Barbell? The Only Equipment You’ll Need For The Gym

Popcorn Has More Antioxidants Than Fruit? | Reintroducing Our Protein Popcorn

Supplement Timing | With Food or an Empty Stomach?