What Is Guarana? What Are Its Benefits?

The word guarana has its origin from the Guaraní word guara-ná that means “fruit like the eyes of people”. Guarana belongs to the maple family and is a climber plant species. Guarana is a favorite amongst the people of Brazil where it is grown & cultivated. Being a climber, it has large leaves and is famous for the fruit it produces. The fruit contains seeds that are considered to have stimulant properties like those of coffee beans. The seed of the guarana fruit carries more importance.

Guarana’s scientific name is Paullinia cupana. The guarana plant’s fruits are brown and red, and the seeds are black. Guarana plant has two varieties – wild and domestic. Guarana is a versatile plant – the fruit, the seeds, leaves, stems as well as roots hold significant value.

Guarana has been researched in depth. Researchers believed that the active ingredient in guarana was a chemical compound – namely guaranine – which had properties similar to caffeine but later it was concluded that the active compound is caffeine only and not guaranine. 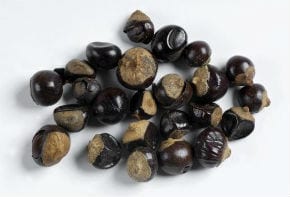 Though there are few studies carried out for the usefulness of guarana seed but it has been found that it has higher caffeine content that any other plant species, even coffee beans! It is a well-known fact that caffeine promotes energy and alertness, and the same properties extend to guarana seeds also. Guarana leaves, when dried, contain around 1-4% of caffeine.

Guarana leaves, stems are used to kill fish. Guarana is used extensively in Brazil as an addition to the soft drinks and stimulating beverages. Guarana contains tannins which slowdown the rate at which caffeine is released into the system thereby providing long lasting energy.

Apart from caffeine as an active ingredient, guarana packs other elements also as mentioned in the table below. 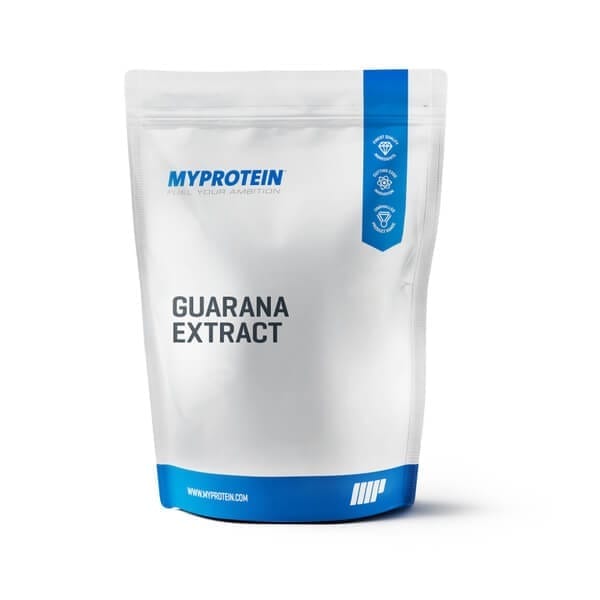 The other partial components present in traces in guarana seeds are theobromine, theophylline, tannin, starch, fats, resin, and ash. 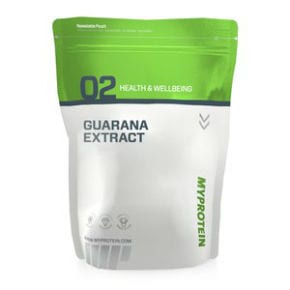 Guarana is available in pills as well as powder. The seeds are obtained from the fruit, dried and made into paste or powder. It is also used as an active ingredient in soft drinks and energy drinks.

Guarana contains caffeine and acts as a stimulant. Caffeine is well known for its fat burning properties. A 14 day study on a group of rats was done to examine the effectiveness of guarana in fat loss and the results were positive, and it was also concluded that the fat burning effect is due to the caffeine.

Two studies were done on individuals in age groups of 18-35 and 45+ years. The lower age group on consumption of guarana showed improvements in memory but there was not much effect on the 45+ age group.

The presence of catechins, caffeine, epicatechines might help in preservation of platelet count in the human blood. These substances also ensure prevention of thrombosis and other cardiovascular diseases.

Guarana is also used in food and beverage industry for its cessation to smoking. It is also known as a “Magical Fruit” as it assists in the cure of malaria and dysentery. Guarana also serves as a detoxification agent.

Side Effects of Guarana

Guarana is deemed to be safe and there are no notable side effects. There are recommendations about its usage though.

An intake of 150mcg of caffeine may not harm the baby but guarana contains much more caffeine and it is always advisable not to be consumed by breastfeeding mothers for their health as well as for their child’s.

People with cardiovascular issues should not consume guarana. It also has to be noted that higher dosages of guarana has adverse effect on the heart and the early symptoms are palpitation and an increase in blood pressure.

How To Do The Deadlift | Technique and Variations

How To Do A Hip Thrust | 5 Variations

Powerbuilding | What Is It & How Do I Do It?