“Get your five a day” and “eat your greens” are sentences lots of you will be familiar with, but there’s actually some scientific backing behind why your parents would make sure you ate your broccoli. A recent study at the University of East Anglia has revealed that eating your five a day can positively impact your mental well-being, as well as physical.

It’s understandable why a chocolate bar could be favored over fruit, but research has indicated poor nutrition can have similar effects on your mental well-being as witnessing regular violence or arguing. 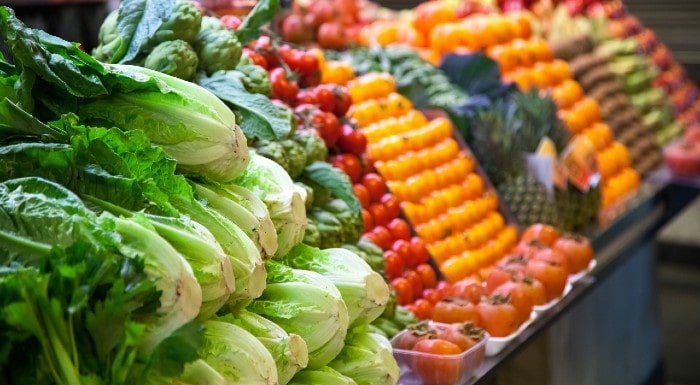 Right, let’s get into how it was achieved. 9,000 children submitted a food diary and underwent mental well-being tests appropriate to their age range.

The results considered a variety of eating variations, including one or two pieces of fruit and veg, and the impact of a daily nutritious breakfast.

Students who ate no fruit and veg experienced lower mental well-being scores than those who did.1

To get a greater insight into the effect of nutrition on the mental well-being of children, their breakfasts and lunches were also analyzed.

According to the age old saying “breakfast is the most important meal of the day”, and the study suggests this is not just for your body, but for your mental health too. The study revealed that students who ate a traditional breakfast, rather than having a snack, had improved mental well-being.

However, eating nothing was better for mental health than having an energy drink for breakfast.

One sixth of children suffer with their mental health, which has increased by 50% in the last three years. Eating a nutritious diet sounds like an easy way to at least slightly improve mental well-being, especially since the daily eating habits of 9,000 children showed a correlation between greater intake of fruit and veg and improved mental well-being scores. And we can definitely get on board with a nutritious breakfast. After-all, it’s supposed to be the most important meal of the day.

Simple steps for keeping your cool.

5 Killer Back Exercises For A Defined, V-Tapered Back

The Best Uses For Flavdrops

Should I Bulk or Cut? Things You Should Know As A Beginner