The use of yokes as a training tool is often associated with Strongmen like Eddie Hall, but that doesn’t mean you can’t try it…

As lifters, we usually get very set in our training methods and exercises. As a bodybuilder it might be easy to work out a single muscle group a day, repeating the same exercises week after week. As a powerlifter it might be easy to stick to the three main lifts and maybe a few variations to help get your total up. Even as an Olympic style weightlifter it is easy to snatch/clean and jerk to success every training session after training session.

For a while depending on your strictness with your diet and training it will probably be fine to do the same exercises for every session to help build size and strength as well as perfecting the movements. Eventually though we all plateau, or hit a stopping point where we simply can’t progressively overload our bodies into growing any longer. At this point, adding new exercises that challenge our body in ways we most likely have yet to experience never fails to kickstart new strength and size gains.

One such exercise that is easily forgotten outside of the strongman community is the yoke carry, a movement that can effectively train your central nervous system, muscle stabilizers, core strength, as well as building your back muscles, traps, abdominals, quads, hamstrings, calves and more. In this article we will be going over what this exercise is, how to perform it correctly and variations of it. 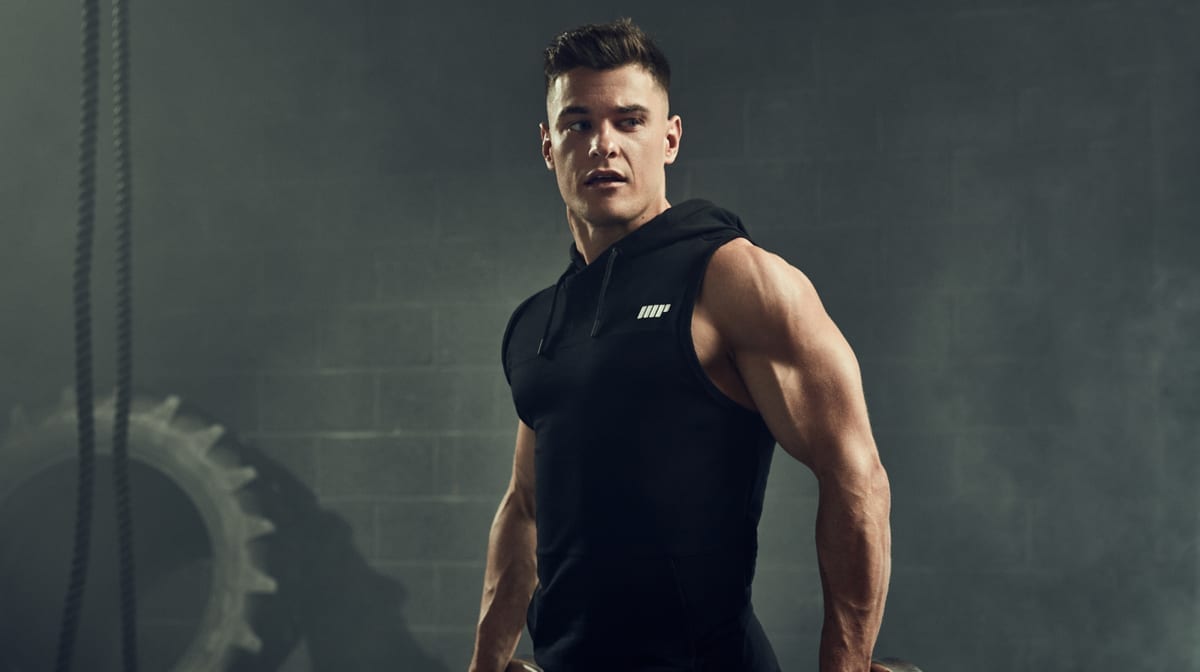 What Is The Yoke Carry And How Do You Execute It?

As stated above, this exercise is primarily used by strongmen who specialize in picking up heavy objects/weights and either putting them down, lifting them over their heads or walking as fast as they can with them. Which means traditionally, this exercise is done for distance, as heavy and as comfortably possible, as fast as possible, safely.

Basically all the yoke carry consists of is picking up a large piece of equipment (looks like a basic squat rack with a bar to rest on your back connecting the two beams together), loaded with plates evenly on the bottom on all corners, and walking with it placed as you would a high bar squat on top of your traps.

Ideally the frame will be about 6 inches off the ground when lifted up and you will be gripping it either like you would a squat with your hands on the bar, or holding onto the beams meaning your arms will be outstretched. Your first steps forward will be precise and small, as too big of a stride right away will lead to the rack gaining too much swinging momentum.

After the initial first baby steps the yoke will begin to pull you forward which is where you can start increasing your stride to keep moving forward with the rack. As you walk it is important to not keep your legs straight, i.e. rotate your hips as you walk forward, this will destabilize your balance and momentum which will more than likely cause you to drop the rack.

Once you have successfully carried your yoke the allotted distance you can either slow your momentum until a standstill and drop it the same way you picked it up by bending at the knees, or simply bend your knees while you are still walking past the marker and let the ground catch it until it is released off your shoulders.

While it may seem complicated (especially trying to describe it properly over text), this movement can be summed up in one of hundreds of two minute videos found online, in case visuals might simplify things.

As stated above, the benefits of this exercise are vast for any type of lifter or athlete. Besides activating almost every muscle in the body from your calves to your quads and hammies to your glutes, hip flexors, abs, oblique’s, low back, lats, traps, and even pecs, the yoke carry trains muscles rarely trained in pure powerlifting or bodybuilding programs.

Tiny stabilizer muscles that are responsible for preventing injuries, controlling your movements more precisely, and balance, are trained with all weighted carry exercises, especially the yoke carry.

Stimulating and strengthening the CNS (central nervous system) is also a huge benefit from performing this exercise heavy, as CNS training will prepare you for high-intensity exercises, bracing for heavy lifts, and even training your body to recruit more muscle fibers at a given time. 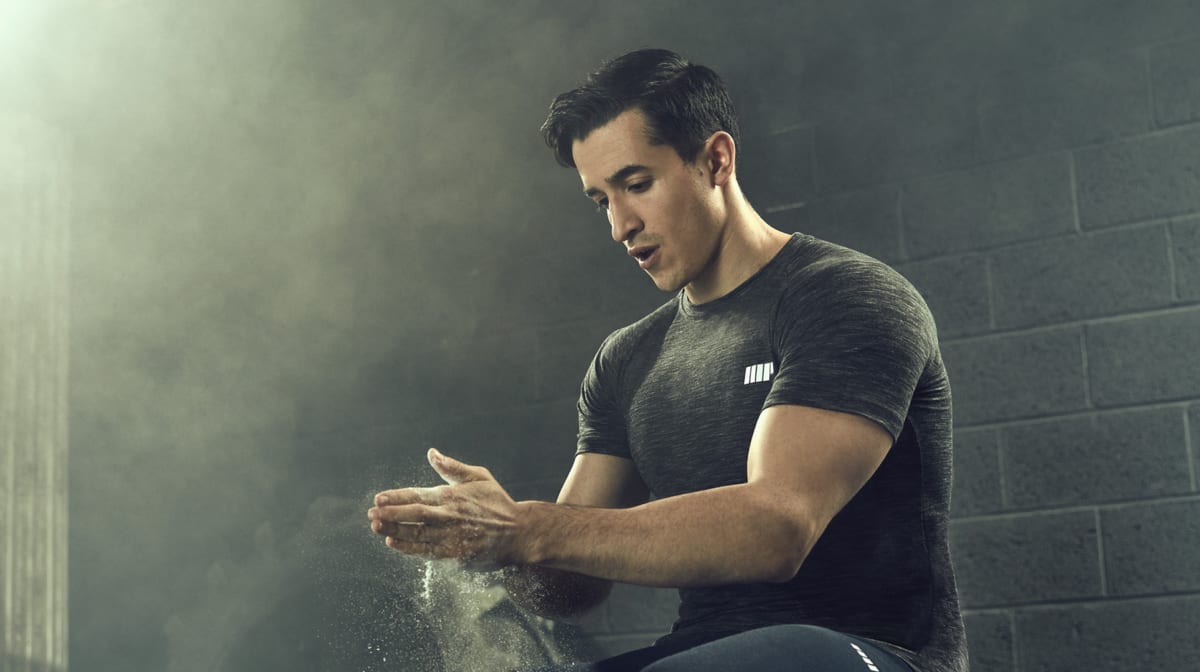 Variations of the yoke carry are not very extensive but should be covered as unfortunately, most gyms will not have a rack to perform this exercise. If your gym does have an outside area for training though you can perform other loaded walking carries to work similar muscles and gain similar benefits.

The only other variation still involving the yoke rack is the overhead yoke carry, which is exactly what it sounds like. This exercise begins with you lifting the rack above your head and keeping it as stable as possible throughout the carry. Of course, you will not be able to go nearly as heavy with this variation but it will in addition to all the regular yoke carry benefits also train your shoulder stabilizing muscles as well as utilizing much more core strength.

Using a barbell, it is possible to mimic a yoke carry, but you will not be able to load it as heavy or perform the exercise as safely as with a yoke rack. The other issue involves picking up and putting down the weight which can get tricky. This variation isn’t usually recommended but there are a few other variations that can be done in almost any gym.

One of the most popular walking carry exercises is simply known as a farmer carry which has the same premise expect you will be holding heavy dumbbells or a hexagon bar for distance and/or time. This exercise will benefit you in all the ways as a yoke carry will when using a challenging weight in addition to working your traps and grip strength to a much greater degree.

There is also a variation of the farmers carry performed with only one dumbbell known as a suitcase carry, that has the additional benefit of training your core, particularly your oblique with a very unique form of stimuli that is also very athletically functional. 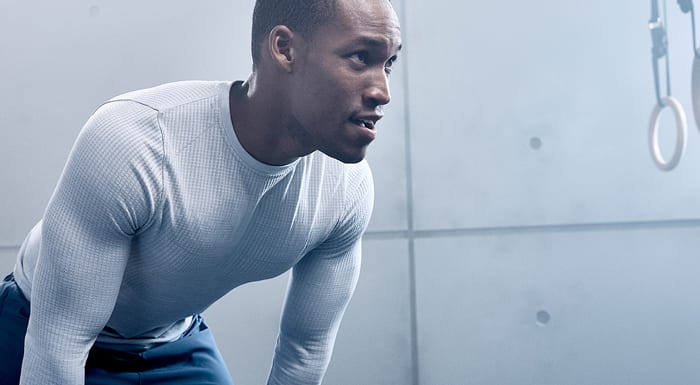 Whether you are training for strength, size, performance or a particular sport, this exercise will benefit your goals in some way, shape, or form. If you are lucky enough to have a membership at a gym that has a yoke rack it will be a very valuable addition to your routine for one of its exceptional benefits.

If not, its variations and cousin exercises should not be overlooked as they provide all the same functional, muscle building, and strength building properties. So the next time you’re at the gym, don’t be afraid to find a yoke rack, heavy pair of dumbbells, or loaded hex bar and get to work!

What Are The Benefits Of A Spinning Class? How Many Calories Do You Burn?

Should You Work Out With A Cold?