What Is Iyengar Yoga?

Iyengar yoga focuses on the alignment of your posture with an emphasis on your anatomy. It is based on the traditional eight limbs of yoga as expounded by Patanjali in his Yoga Sutras. It places an emphasis on detail, precision and alignment in the performance of posture (asana) and breath control (pranayama).

Each pose tends to involve a long hold, which helps develop your strength, flexibility, stability, and awareness. Props also play a role, such as belts, blocks, and blankets, as aids in performing asanas (postures). The props enable students to perform the asanas correctly, minimizing the risk of injury or strain, and making the postures accessible to both young and old.

Further to this, Iyengar yoga is often used as a tool in therapy, with sequences available that are specifically designed for a myriad of conditions and troubles including depression, migraines and menstruation to name but a few.

Iyengar is fundamentally seen by many as a spiritual activity, and a discipline that its founder described as “the quest of the soul for the spark of divinity within us.” In every movement, students are meant to be spiritually aware, following the belief that yoga is more than a system of aerobic or flexibility exercises. 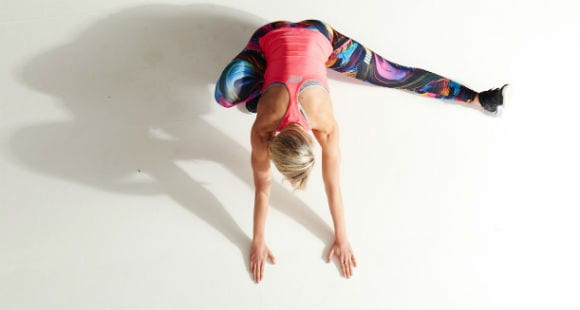 Iyengar Yoga was invented by Guruji, Bellur Krishnamachar Sundararaja Iyengar, or B.K.S. Iyengar as he’s known. He is considered one of the most famous and influential yoga gurus in the world.

His creation systematizes over 200 classical yoga poses and fourteen versions of Pranayama. It is structured from a beginner’s level leading up to an advanced tier that allows its students to progress gradually by a step by step approach.

Its philosophy is rooted in the peace of mind and harmony and ultimately to bliss (Samadhi).

Despite being previously unsuccessful, Iyengar found success when he met Yehudi Menuhin who was suffering from insomnia. Iyengar taught him an asana that helped him to sleep, and wake up so refreshed that he spent several hours with the yoga teacher and later came to believe that yoga helped his skills as a violinist. Iyengar went on to visit the western world and his method of yoga and its many benefits have since been adopted around the world.

With regular guided practice, effects can include a general feeling of physical health and psychological and mental well-being. As with many types of yoga, limberness is one of the major pluses. One of the great appeals with it is that you don’t need to be super stretchy before you can join in as its structure, based on gradual development, means that you can go at an easy pace that suits you while simultaneously gaining major improvements to your flexibility.

Because Iyengar uses long holds with an emphasis on posture you can rest assured that it has your wellbeing at its core. With its limitations on quick movements and long poses, you are less likely to pull a muscle or suffer any other kind of muscular injury. This is also where its use of props comes into the picture, allowing beginners to develop without pain and strain.

Iyengar not only stretches but also strengthens your muscles, which in turn plays a big part in toning your body. It also focuses on the body as a whole, rather than a chosen few larger muscle groups. Its emphasis on alignment and posture has also been proven to work wonders for people with neck and back pain, along with people who work jobs that involve a lot of sitting. Because it is not just about building on your biggest muscles, Iyengar shows the much-needed love the often neglected smaller muscles require.

Equally important to your physical health is your state of mind. A sense of self is one of the main reasons so many yogis are converted to Iyengar. By entering an asana or pose, Iyengar encourages you to ignore all other thoughts in your head and be in the moment by focussing on the position that you are doing. Many liken it to meditation, given its calming effect and the resulting mental balance. While you hold your asana and consider your alignment, Iyengar also instructs you to focus on the breath. Whether you realize it or not, many of us hold our breath during times of stress.

It’s not often that you come across yoga that not only offers physical and mental benefits but also protects you against diseases. This is because it helps to improve the function of your circulation, digestion, nervous and lymph systems. 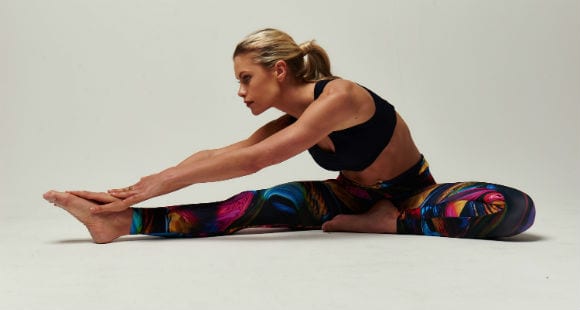 It’s not just about the asana but how you perform them, for how long you perform them and also the order in which the sequence is performed. The sequences may be determined by the weather, and time of day, the health status of the practitioner and how well practised you are in your abilities. There are more than 200 asanas, meaning the number of combinations is very much open.

For beginners, basic standing sequences include simple standing poses with restorative supine poses towards the end of the practice. Students are encouraged to stay in the pose according to their capability so that they don’t push too hard and cause injury.

How This Single Mom Transformed Her Life Through Fitness | Everyday Athletes

Can You Still Build Muscle With Just Bodyweight Training?

How To Eat Like A Physique Athlete by Ru Anderson

Sculpt Your Abs With This 10 Minute Burner From Fiit