Are you finding yourself struggling to push through your workouts?

Does your stamina seem to be waning in those last few sets?

Is the lactic acid build up in your muscles too much to bear?

Beta-Alanine is just what your supplement regimen may be lacking.

It’s safe, all-natural, and is a must for any athlete, sports person or gym-goer looking to push themselves past their threshold. 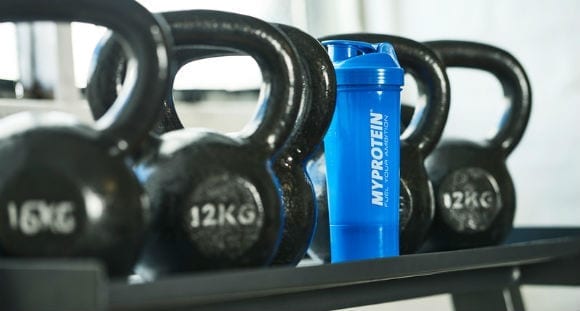 What is Beta Alanine?

Beta-alanine is a non-essential amino acid produced by the liver, but in terms of training, it’s anything BUT non-essential.

Chemically speaking, it’s a hybrid between two powerful neurotransmitters in the body – GABA and L-glycine. The human body can produce it in 3 ways:

3) Formed during digestion when carbon is removed from L-aspartate

How does Beta-Alanine work?

Once ingested, Beta-Alanine binds with histidine in the muscle cells to form carnosine.  It just so happens that carnosine is a powerful anti-oxidant in the body that displays acid-buffering properties. However, carnosine levels in the body are limited by how much beta-alanine is available.  So you want to make sure you have plenty available! When you exercise, lactic acid builds up in your muscles.

Lactic acid further breaks down into hydrogen (H+ ions), increasing the acidic environment in the cells.  When the acidity increases, your ability to contract the muscles decreases.  Decreased contraction leads to a decrease in endurance and force generation.

With more beta alanine in your system, your body’s levels of carnosine increase, thereby enhancing the acid-buffering capacity of your muscle’s allowing you to continue to work out and really push the envelope!

The benefits of Beta Alanine

With so many supplements being promoted for their perceived “benefit,” beta-alanine is one of the few that has been proven time and again to be particularly effective. Among its numerous benefits:

Which sports does Beta Alanine benefit?

As if that isn’t enough, beta alanine has been shown to benefits athletes in a number of sports ranging including:

Beta-alanine can also be easily obtained through the diet (in the form of carnosine), provided you’re a meat-eater. However, if you’re vegetarian or vegan, you will have a harder time meeting your needs and should consider adding this to your supplement stash (see Beta-Alanine supplements below!).

The active metabolite of beta-alanine is carnivores and is primarily stored in the muscles of animals (notice a link between carnivore and carnivores?).  This means the most common sources of beta-alanine are found in meat.

Chicken, pork, beef, and fish are all excellent sources of this beneficial amino acid.  Here’s breakdown to show rough estimates of beta-alanine content in certain foods:

You can see that while meat eaters can obtain this amino acid through their diet, they will have to be consuming Beef: ~1700-1900 µg/g a lot of meat to meet their requirement. To make things easier on your stomach and your wallet, utilizing a quality supplement will ensure you get enough beta alanine in your system to reap its benefits. 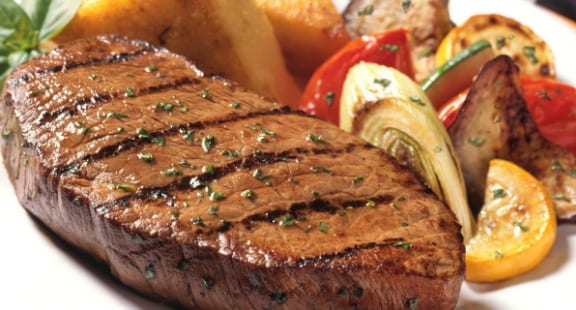 When looking to add beta-alanine to your supplement stack, it is important to get a brand that has holds a drug-tested certification, particularly if you’re a passionate athlete or belong to a professional sports team.

Uncertified supplements may include ‘performance enhancers’ that may not appear 100% drug-free during sports testing to check if individuals have been ‘cheating’ their way to the top.

Myprotein’s ‘batch tested’ Beta-Alanine has been 100% certified by HFL Sports Science, a World-Class sports anti-doping laboratory with a trustworthy reputation to allow sports people the confidence of not falsely appearing positive on drug tests.

In addition, Myprotein’s pre-workout MYPRE contains 4g Beta-Alanine per 2 scoops, for that extra power alongside focus and strength!

Dosage and When to take Beta Alanine

Clinical studies show that effective doses range from 2g to 5g per day with the optimal dose being about 3.2g [10]. Now a word of caution about dosing…high doses of beta-alanine cause paresthesia, also known as the “tingles” people feel when first supplementing with beta alanine.

To avoid this, it is recommended to split the doses into two 1.6g servings.

Research shows that beta-alanine supplementation is not time-dependent and operates off of saturation levels.  So, as long as you are getting in the requisite 3.2g/day, you stand to reap the benefits of this incredibly beneficial amino acid.

Many pre-workouts on the market (including MyPre), contain beta alanine.  If this happens to be the case with your pre-workout, see how much is included and then supplement with additional beta alanine if necessary.

If you’re looking to train harder, longer and with more intensity, Beta-Alanine is a no-brainer.  As one of the few supplements that have countless research to support its claims, you would be remiss to not include Beta-Alanine on a daily basis.

To ensure you can train hard and fight fatigue in your workouts, we strongly recommend you consider incorporating Beta-Alanine into your supplementation!

Master The Wide Grip Pull Up

How Much Water Should I Drink In A Day?

How To Eat Vegan With A Nut Allergy | Your Guide

What Is Citrulline Malate? | Benefits, Dosages & Side Effects

Joshua Buatsi Reveals Toughest Moment Of His Career To Date