Is A Carb Just A Carb?

For a long time carbs were not of concern for weight management or a healthy diet, it was dietary fat. Whether the myths that sugar companies bribed college researchers to show that saturated fats were the main cause of obesity and heart disease were true or not, luckily we have figured out in the past few decades that carbs mean more than we previously thought. Shoved to the side by the FDA, but still included 2/3rds of our recommended daily intake from sources such as breads, plates of pasta, rice, fruits and veggies, this all changed when new research showed that carbs were mainly responsible for weight gain and health issues instead of fat.

Unfortunately much like the original claims about saturated fats, this research was blown way out of proportion and now carbs were instantly labeled the bad guy. The issue that came with the new wave of low carb diets and foods on the shelves was the confusion about simple calories in verses calories out, as well as the fact that a carb is not just a carb (but as we will talk about, this is more important for some than others). Even more recently though, the realization of calories in verses calories out for some has had the opposite effect, as they have been taking up a diet full of carbs known as IIFYM (if it fits your macros), but still eating the amount of calories they need for their goals whether that be fat loss or muscle gain.

Who is right here? Those who follow a low carb diet, or those who aren’t concerned about what kind/how many carbs they eat as long as they are counting their calories? In this article we will be discussing these questions as well as why a carb isn’t just a carb, and when that fact matters.

Do You Need To Worry About The Different Types of Carbs?

Before answering this question it is important to understand what a carb is, how many calories they have and how they affect your blood sugar. To simplify things, there are three main types of carbs:

• Simple carbs i.e. sugar which is quickly turned into glucose (otherwise known as blood sugar) to be used for fuel or storage as either glycogen (stored energy for when your body needs it) or fat when your glycogen stores are full.
• Complex carbs i.e. starches/grains/veggies etc. which are digested slower but still eventually are turned into glucose to be used as fuel or stored.
• And fiber, which isn’t quite a carb but is still classified as such. Insoluble fiber passes through the body undigested while soluble fiber is digested, but both are vital to having a healthy digestive system and proper regulation.

Both simple and complex carbs have four calories per gram, just as much as protein. There is no debate whether fiber is healthy for you (it is), and most individuals should look to eat close to 30-50 grams a day on average, but this article won’t mention fiber anymore as again there is no debate and the story ends here. On the other hand, from a purely caloric standpoint simple and complex carbs are exactly the same, it’s when we start to talk about the glycemic index that researchers and nutritionists start to take sides. For those who are unaware of what the glycemic index is, it is a scale of most types of carbs, simple and complex, and a corresponding arbitrary number to relate how much the carb spikes blood sugar. The rule of thumb is that carbs with a glycemic index below 55 digests slowly/don’t spike blood sugar excessively and are healthier while those between 55 and 69 are moderately healthy, leaving those above 70 as usually unhealthy, with glucose being the baseline at 100. For example, some low GI foods would include:

The glycemic index is a very good tool to know how to use and is definitely important for those with diabetes and need to regulate their blood sugar levels as the higher the GI level in a food is, the more it spikes blood sugar and the more insulin is released by the pancreas. This insulin shuttles the blood sugar into glycogen and fat storage until blood sugar levels are back to baseline. For diabetics who have an impaired or no ability at all to secrete insulin are told to eat low GI foods as a spike in blood sugar can be very dangerous. For the rest of the population though, especially those who exercise regularly… can almost entirely disregard the glycemic index.

Where IIFYM and other “all carbs are equal” approaches to dieting can be put in their place is with one simple word, micronutrients. While simple and complex carbs are equal in the terms of calories, and their impact on blood sugar isn’t important to healthy individuals, a lack of vitamins and minerals are the difference between a healthy carb filled diet and an unhealthy one. A diet with a 500 calorie deficit full of clean eating that includes only whole grains, fruits, starches, legumes and rice will provide the same amount of fat loss a diet full of cake, brownies, soda and other sweets. So while IIFYM might be the extreme of one spectrum, only indulging in pleasure foods, and 100% clean eating is an extreme on the other side, never letting yourself have a cheat meal… this is where a compromise should be made. 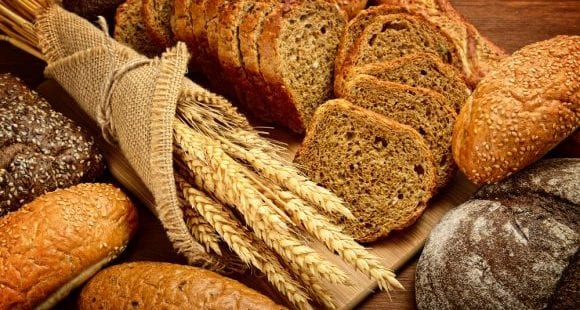 This is when flexible dieting comes into play. A relatively new term that describes getting the majority of your carbs (I shouldn’t have to mention high-quality protein and fats are almost always a priority in a healthy diet) from healthy sources like grains, fruits, veggies, starches and legumes, while a small portion (somewhere around 20%) can come from sweets and refined carbs. Most diets can work for weight loss or muscle gain when calorie/macronutrient consumption is counted and positively reflects your goals, but looking at the larger picture of overall health and a good relationship with food will always be the most sustainable diet in the end.

Flexible dieting allows you to have all of this because consuming the majority of your calories from healthy and nutrient-rich sources will benefit your overall health while at the same time allowing yourself to have that bag of gummies or slice of cake at the end of the day to curb your sweet tooth without feeling the need to binge or feel bad. All in all, a carb isn’t just a carb, but when done correctly, all types of carbs can be part of a balanced diet to fit anybody’s needs.

Why Looking After Your Emotional Health Is More Important Than Ever

How To Increase and Improve Blood Circulation

Putting Everything Into His Passion — Peter’s Story | 8 Million Strong

Is Virtual Reality Fitness The Future?