Olympic Weightlifting is by far one of the oldest iron sports. Today, in modern Weightlifting the goal is to Snatch and Clean and Jerk the most weight in your weight class. When training Weightlifting or any kind of training there is a tendency to want to progress too quickly and if we follow the Russians they understood that any athletic sport can take 10 years of training to master.

Now the old 10,000 hours or 10-year rule to master any skill may not be scientifically proven and of course there are too many outliers to study this, but either way, skills must be practiced often. The other thing is too much practice can be bad as well. Weightlifting is highly dependent on the neuromuscular system which needs time to recover in order to be efficient. This is where your program needs to be progressive in relation to the exercises or movements being used. Weightlifting is highly technical and not many people can walk up to a loaded bar and snatch it if they have never learned the movement. 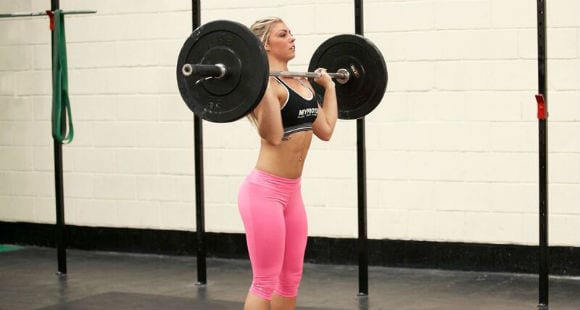 The Snatch and Clean & Jerk are not exercises, they are movements and need to be treated as such. Everybody crawls before they can walk, progression is key to Olympic Weightlifting! In the last article I wrote, I talked about progressions in the Clean and overhead movements. In that article, I mentioned coaching the Clean in the beginning from the high hang position just below the hip and catching the bar in the power position.

Then we coach progressively to the floor and catching the bar low. We do this with the Clean and the Snatch. Once these movements are learned and practiced with I recommend a good solid year of training before maxes are hit. This is where intensity comes into play. Everybody wants to prescribe intensity to an exercise in the form of a percentage, but somebody should have a good solid year into training before maxing out to get a number to base percentages off of. Once you get a number you can start prescribing intensity; however, this is just a guideline, things may need to change based on how you or the athlete feels.

Percentages are utilized as a method of load prescription based on an individual’s 1 rep max. There are different guidelines to prescribing percentages and volume below is a comparison of USAW (United States American Weightlifting) and the NSCA (National Strength and Conditioning Association)

These two charts show different volumes and intensity for prescription some considerations need to be taken into account, such as the exercises being used. The NSCA chart shows percentage and max effort repetitions meaning if you squat 315 and take 80% of that which is roughly 250lbs you should be able to squat that 8 times; however prescribing multiple sets of 8 would be too much for the body to handle. A few sets of 5 at 80% would be much more beneficial and reduce the risk of overtraining. And if you were doing multiple sets of 8 you would want to prescribe 65-70% as opposed to 80%.

The USAW percentage chart is a little more conservative on the prescription of intensity; however, the movement or exercise being used needs to be taken into consideration. For example, the USAW gives a 3-4 rep range for 80-85% which is great for strength exercises like squats and push presses, but full Olympic lifts we are not going to go above 3 reps if the goal is to become a better Olympic lifter and 85% would be maxed for 3. And 90% and above is probably all single work maybe doubles at 90% but 95 to 100% will be all singles. If we are prescribing 8-10 sets of singles we are going to be sticking with 90% more than likely due to fatigue. Or work up to it within a pyramid set for example SET 1-2 80%_1, SET 3-4 85%_1, SET 5-6 90%_1, SET 7-8 80%_1.  USAW categorizes lifts we have A, B, C, and D lifts.

✓ A is competition movements

✓ B is squatting exercises,

C movements are pulls from either the floor or even off blocks, either way, we typically overload the pulls so if we are doing clean pulls or snatch pulls we may prescribe 105-110% or greater on pulls. Remedial or D lifts can be quite light for example if an individual is having problems with the split in their jerk we may prescribe jerk balances at 30-40% to fix technique.

Early into beginning weightlifting, we follow a specific pattern for teaching the snatch and clean and jerk. For the Snatch or clean we start with catches in the power position with lift-off coming from the high hip hang position just below the hip, we then progress to the knee position, and finally the floor before starting to work on dropping underneath the bar for a low catch. Once full squat snatches and full squat cleans are completed we then can prescribe different lifts or combinations of lifts to fix common technique errors.

There are many common technique errors that individuals make or even tend to make throughout their lifting these errors are best fixed with utilizing other lifts or tweaking certain lifts. Here are some examples of common errors and fixes.

I hope you find this information helpful, but I urge people to go out and find a good coach. Remember nothing is going to be better than getting on a platform and getting after the bar while having a coach oversee some training sessions for quality feedback.

How Does Alcohol Impact My Performance & Recovery?