When it comes to resistance weight training, there are countless methods and styles that have been developed over the years. None seem to compare to the sheer popularity of bodybuilding and powerlifting, two styles of weightlifting that are more similar than they are different; yet, most who follow one or the other seem to believe they are nothing alike, which forms a sort of resentment for the other group of lifters.

Bodybuilding has a major focus on aesthetics, perfecting the body and placing emphasis on symmetry, size, and definition using a combination of lightweights and heavyweights in the gym to reach their desired goals.

Powerlifting measures an individual’s strength and form, prioritizing mainly very heavy weight in the gym, with body image and symmetry usually as an afterthought.

With both forms of weightlifting having their advantages and disadvantages, an individual’s goals in aesthetics or strength, overall mindset, and thoughts on longevity will dictate which style he or she will gravitate to.

Without a doubt, the biggest deciding factor for an individual who wants to choose between bodybuilding and powerlifting is their goals, whether it be to get as strong as possible or look as good as possible.

While some overlap does exist and it is possible to be strong and have a good physique, more than likely a beginner will choose one style over another. Bodybuilding training involves a large amount of volume and less frequency, which means less sets and more reps (anywhere between 8-20 reps for 3-4 sets for any given exercise), as well as only working out one muscle group a week (i.e. Chest day, arm day, etc). It also involves a large variety of exercises, usually starting with medium weight and compound exercises (that require more muscle recruitment) and moves into many lighter weight isolation exercises.While this form of training has been proven to increase muscle size (Merritt and Greg, 2016), it will not do very much to increase strength.

For bodybuilders though, this isn’t a big deal as their main focus is to grow their muscles as big/symmetrical as possible to eventually diet down to show more definition and step onto a competition stage to match physiques with other bodybuilders in the same weight class. A powerlifter’s training style is quite different from a bodybuilder’s, focusing on getting as strong as possible through less volume and more frequency in the form of very low reps and many sets (anywhere between 1-5 reps for 8-10 sets) and working out a movement two to three times a week.

Unlike bodybuilding, powerlifting doesn’t focus on working out one muscle group at a time, but instead focuses on only a few exercises (mainly the barbell bench press, back squat, and deadlift). By lifting this way, the powerlifter can increase his/her strength very quickly and efficiently without needing to gain very much bulk. Like a bodybuilder, a powerlifter’s end goal is to step onto a competition stage and test their strength to see how much weight they can lift between their bench, squat and deadlift. While neither style is superior to the other, both have their draw, depending on an individual’s goal.

Bodybuilders generally have a stricter lifestyle, mainly revolving around diet. For a natural bodybuilder, 12 months is usually split into two phases: a bulk phase where the goal is to eat a small calorie surplus to gain lean muscle as well as limiting fat gain, and a cut phase where the goal is to burn off fat that accumulated during the bulk while preserving the muscle (leading to a better and overall more muscular physique than the year before).

For a competitor who competes on stage to have the best physique in his/her weight class, the cut portion of the diet is extremely important and difficult to do correctly. Known as a “prep”, a bodybuilder will need to begin  to count calories (if they haven’t already) as precisely as possible. This means using a food scale for every plate of food, making a week’s worth of food in a day to simplify the process, and limiting dining out as food not prepared by them could have more calories than they want.

A powerlifter’s mindset is quite different (and a lot less strict) compared with a bodybuilder’s on a day to day basis. With their main priority being to gain as much strength as possible, they have no need to diet. As long as they are eating as much food as possible and getting stronger, nothing needs to change. More recently powerlifters have begun to eat healthier while still consuming a large surplus in calories, whereas in the past it was a common practice to eat an unhealthy amount of junk food because fat gain isn’t as much of an issue for powerlifters.

Powerlifters also have the advantage of not needing to go to the gym as often as bodybuilders. Since powerlifters mainly train the bench press, squat and deadlift all in the same day their body and central nervous system will be taxed for the next 48 to 72 hours, meaning they might only go to the gym 3-4 times a week compared to bodybuilders who go 6-7 times a week. With such a different day-to-day approach to training it’s interesting to think both have a very similar end goal to compete against others and be judged in front of an audience.

The final aspect of both training styles that is commonly debated is their effects on an individual’s longevity and overall health. There is no question that those who take up either style of training and commit to it will experience positive health benefits, but both do have their possible negative side effects when taken too far.

For the sake of simplicity, these negative side effects that might arise from weightlifting will be limited to natural lifters, as steroids have their own laundry list of risk and side effects. It is easy to think bodybuilders have an overall healthier lifestyle as they exercise more frequently and stay at a relatively low body fat percentage. While it is true bodybuilders tend to have a healthier cardiovascular system as well as lower cholesterol/blood pressure than powerlifters, some take dieting and exercising for bodybuilding too far.

When transitioning from a bulking phase to a cutting phase, it is not rare for bodybuilders to cut their daily calorie intake in half, going from a slight surplus to a deficit that could be seen as a starvation diet. Wanting to burn of their extra fat off as quickly as possible, cardio will be added into their daily routine to help speed up the process which might seem beneficial, but if not done properly can lead to trouble.

When calories are cut drastically and cardio is added all at once it will lead to a large spike in cortisol, also known as the stress hormone. This hormone controls everything from sleep patterns, immune system to our appetite and is the reason why crash/starvation diets can lead to constant fatigue, inconsistent sleep and increased susceptibility to illness/injury. 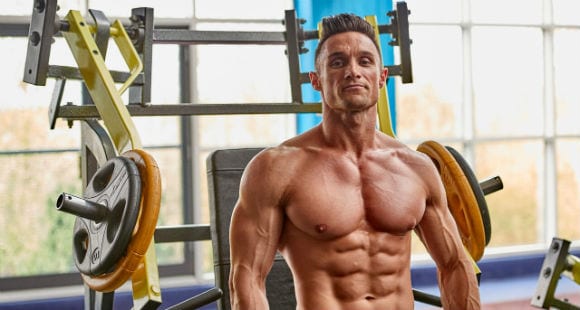 Powerlifting has its own demons on the other side of the spectrum. As stated earlier, healthy eating is beginning to catch on in the powerlifting community, but is still overshadowed by a type of eating known as “if it fits your macros”, where fruits and vegetables are replaced by pop tarts and pizza to fuel their workouts. Along with a lack of cardiovascular activity (as they have no need to do cardio for their goals), many powerlifters might look like they don’t even exercise, with a high level of body fat and low level of cardio endurance.

Injuries are also more common in powerlifting for the main reason that they are constantly testing their body and pushing themselves to lift more weight. While it is rare, serious injury can occur as one such man who suffered a Spontaneous Spinal Subdural Hematoma (a blood clot that compresses the spinal cord) from powerlifting and needed months of bed rest as well as IV steroids to stop the severe headaches and back pain (Park, Lim, Yoo, 2011). Of course when done safely and intelligently, powerlifting and bodybuilding can be very healthy and even prolong your life. 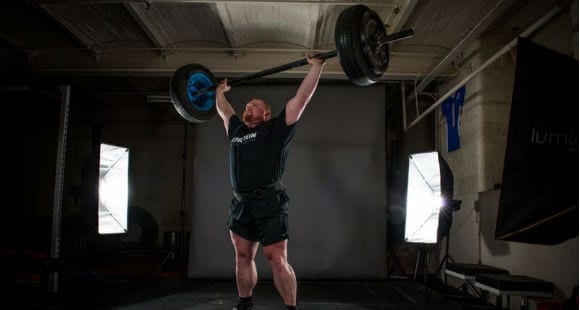 Most beginners will gravitate towards one style of weightlifting over the other depending on their goals for strength or aesthetics, overall mindset/discipline they are willing to dedicate as well as their opinion on exercise induced longevity. While both styles have positives and negatives associated with them, neither can be considered superior overall. When done correctly, both can increase strength and size, improve your diet and daily life as well as help you stay healthy. It is also worth mentioning that most lifters bounce back and forth between powerlifting and bodybuilding every few years, while some even combine the two.

In a new style of lifting known as “powerbodybuilding”, lifters have been getting the best of both worlds by focusing on getting stronger on their bench, squat and deadlift then moving onto higher rep training to build muscle and strength equally. Of course this style isn’t for everybody as you won’t be as aesthetic as a pure bodybuilder or as strong as a pure powerlifter. At the end of the day, both powerlifting and bodybuilding are great ways to stay healthy, look good and set attainable goals!

Merritt, Greg (2016, December). THE HIGHWAY AND THE LOW ROAD. Rerieved from:

Should I Bulk or Cut? Things You Should Know As A Beginner

Supplements For A Summer Body

What is Hyaluronic Acid?

How To Stay Healthy On A Student Budget