Competitive combat sports are epitomised by the need to exert powerful force repeatedly during a contest (1). No matter what the discipline: boxing, wrestling, judo, Brazilian jiu jitsu or MMA; combat sports athletes have all their physiological body systems challenged whilst competing (2).

Combat sports athletes also have the need to exert maximal force whilst attempting to sustain body weight within a particular weight class, and as such relative strength is a greater benefit than hypertrophy (3).

In order to do this and perform at an elite level, diet and training requires also optimisation of dietary supplementation. This article will outline the best supplements for combat sports athletes.

As suggested power endurance and anaerobic metabolic capacity are essential for a combat sports athlete to perform repeated high intensity efforts for the length of a match or fight. This may be attempts to strike in boxing, kick boxing or MMA; or attempts to change position and challenge the opponent during grappling (e.g. wrestling or Brazilian Jiu Jitsu).

Specific supplementation can assist with this ability.

In fact such benefits have been observed specifically in combat sports athletes.

In judo practitioners a significant increase in peak power in both the upper and lower limbs was observed (8). In fact these changes were 3 times greater than control! These results are also supported by a separate study which examined performance of a protocol simulating judo activities (9).

The anaerobic effort to produce high intensity power and speed in combat sports is boosted by the metabolic fuel provided with chronic creatine phosphate consumption.

However, athletes should be aware of the chance of weight gain during periods of creatine loading, an important consideration for any athlete who needs to sustain a particular weight for competition. Taking creatine can cause a rise in body mass between 0.5kg-2kg (7) and athletes should be wary if they walk around close to competition weight, or require weight loss before competing.

Interestingly, similar performance benefits as those seen in judo, have also been found in wrestlers (10); and creatine has been considered of benefit as a recovery aid for acute weight loss prior to competition (11)!

Divide into loading and maintenance phases for chronic creatine supplementation.

The purpose of supplementing with Beta alanine is to increase intramuscular carnosine levels. This non-essential amino acid bipeptide is found in skeletal muscle, particularly for use in fast twitch muscle fibres.

Supplementing with ?-alanine raises levels of carnosine in the blood to act to reduce lactic acid accumulation in the muscle (14-15).

The benefit of this lactic acid buffering is to improve the anaerobic threshold during activity (16-18); thus allowing combat sports athletes to perform 60 second high intensity efforts repeatedly for prolonged periods during competition, or when already fatigued (19).

In a number of combat sports such performance environments are common. For example, MMA would involve periods of high intensity with short recovery periods (20). Similar circumstances are seen in kickboxing (21), boxing, wrestling and BJJ (22-23).

As such combat sports athletes are ideal candidates to supplement with ?-alanine to raise intramuscular carnosine levels and prevent lactic acid accumulation during competition. This will allow greater power exertions, more frequently prior to fatigue!

A combat sports athlete training programme should not just include a power focus, but also preparatory strength building to make best use of the power development stage (1). As such supplementation to assist the maintenance of maximal strength and muscle hypertrophy is commonly a component to combat sports nutrition plans. 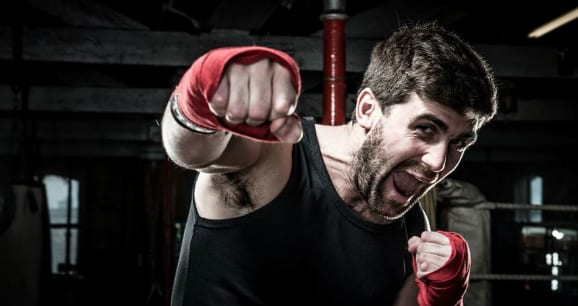 Competitive athletes will commonly require an intake of protein greater than the normal recommended daily allowance which is 0.8g per kg of body mass (26-27).

The combination of supplementary dietary protein; plus resistance training exercises and combined skill training (e.g. striking or grappling), will provide the combat sports athlete with a muscular system better physiologically prepared to create force during competition (19).

An increased consumption of protein has been seen in practitioners of both karate (28) and judo (29).

In another study of judoka, it was found that increased soy protein supplementation over a 4 week period increased both maximal oxygen uptake and power output (30).

However, due to the necessity of both power, speed, flexibility and agility during combat sports it is essential that hypertrophy training (supported by dietary protein) is within a periodised training programme to prevent excessive muscle mass being developed which may hinder accurate technique and attenuate speed and fluidity of movement (1). A protein supplement incorporating both protein concentrates and isolates ensures the optimal source for optimal muscular gains and post exercise repair.

Maltodextrin is a polysaccharide (carbohydrate) which is often used as a food additive to reduce satiety post eating.

More importantly, however due to the rigorous demands of combat sports training, the inclusion of a easily consumed carbohydrate not only increases the fuel for your body to recover but also assists muscle protein anabolism and growth (32). 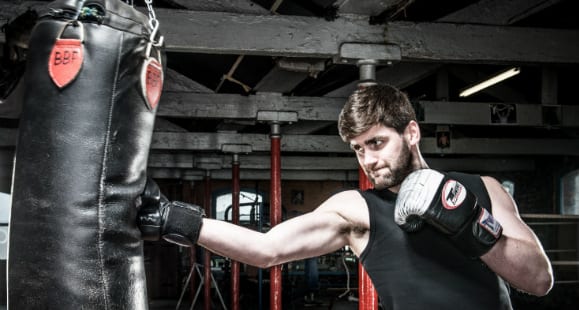 Additionally, evidence in wrestlers suggests that if a carbohydrate supplement (e.g. maltodextrin) and BCAAs are consumed before, during or after combat sports events; then this combination could act as well as a carb heavy meal consumed at the same times (34).

For example, taking omega 3 improves aspects of insulin sensitive protein metabolism and as such facilitates greater degrees of protein synthesis and lean body mass gains as a response to exercise (35-37).

Additionally, these physiological changes in muscle tissue translate to specific gains in strength (38-39). Interestingly researchers have found increases in grip strength measurements which is a beneficial characteristic of performance in grappling sports such as Brazilian Jiu Jitsu, wrestling and judo.

Another key physiological improvement facilitated by this supplement is improvement in efficiency of cardiovascular function and whole body oxygen consumption- as such allowing the athlete to benefit more from aerobic metabolism and have greater aerobic performance (40).

Finally, omega 3 supplements may also assist with injury prevention by promoting greater bone density in combat sports athletes (44-45). This is a significant benefit to striking sports athletes particularly who are at risk of fracture when using their anatomy as weapons (e.g. Kickboxing, MMA)

The intensity and frequency of training in combat sports is significant. The degree of overtraining is likely epidemic and combined with dietary restriction to make a specific body weight, means athletes are at risk of nutritional deficiencies. The commonest deficiency is iron, but by no means is this the only one seen in these athletes (46).

Previous studies in wrestlers indicate that the dietary restrictions in lead up to competition were sufficient to reduce protein nutrition and impair muscular performance (47).

Additionally studies indicate that sociocultural factors in the Brazilian male population may lead to disordered eating habits (48), which realistically in turn could penetrate the sports of Brazilian Jiu Jitsu and Mixed Martial Arts where a large contingent of Brazilian athletes is apparent.

As such it is appropriate to also suggest that combat sports athletes consider the use of a daily multi vitamin to ensure they achieve the recommended daily allowance of minerals and nutrients. This is particularly important during periods where you are reducing weight for a competition.

As with any supplement programme, a combat sports athlete should balance which supplements they consume with an appropriate diet plan and a structured training regime.

For the repeated power application of combat sports in striking and grappling arts you need look no further than fuel from creatine monohydrate and the lactic acid buffering abilities of ?-alanine. This can be further supported by protein consumption above normal levels to build functional muscle strength for your sport. Then extend you supplement regime further with BCAAs, maltodextrine and the general health benefits of omega-3 fatty acids and multi vitamins for the ultimate KO punch for ill health! Sort it out in one go with Myprotein’s all-in-one supplement Fight Stack!

Short Workouts | From 4-Seconds to 20-minutes, there’s always time for a quick workout

Want To Know How Many Calories You Burn In A Day?