Blog > Supplements > Citrulline Malate Benefits, Dosage And When To Take

If you are involved in strenuous physical activity on a daily basis or are concerned about your cardiovascular health, then look no further!

Citrulline is an amino acid that is considered nonessential because our bodies make a sufficient supply that dietary intake is not essential. L-citrulline malate is the chemical form of citrulline and can be used as a supplement.

Citrulline can be obtained from food or our bodies can naturally produce it from ornithine, another amino acid obtained from food, through a biochemical process called the urea cycle. Once your body metabolizes citrulline malate into citrulline, enzymes in the liver cell convert it into another amino acid called arginine, and then further enzymes convert arginine into nitric oxide in another process that also produces more citrulline molecules.

Nitric Oxide is a vasodilator that can help protect you from cardiovascular issues by helping to lower blood pressure and improve blood flow to your organs. Although our bodies produce citrulline, research shows that consuming citrulline as a supplement may have significant benefits.

Research shows that using citrulline during exercise might enhance performance. There have been tests on animals that were fed citrulline: these animals were able to perform strenuous tasks for longer periods of time and had lower levels blood ammonia and lactate than the animals who were not given citrulline.

Several studies suggest that supplementation with citrulline malate may improve the health of your arteries and heart. As a matter of fact, there was a study done in the Cardiology Journal in 2010 that involved people with heart failure, who found that when L-citrulline was consumed in a two month period, performance on the treadmill increased and overall blood pressure went down, resulting in better heart function! Arterial walls in the artery also become less stiff, which improved arterial function as well.

When taken before a weight training session, the lower blood pressure allows the user to experience a bigger “pump” in the gym because the delivery of the blood to muscle tissues is increased, which causes the greater cellular volume of the muscle.

When To Take Citrulline Malate & Dosage

The most obvious time to consume citrulline malate would be about 20-40 minutes before a workout. Using citrulline malate pre-workout will improve overall performance, and will allow you to do strenuous activity for a longer period of time. The best dose to take in a 24 hour period is 6-18 grams. 6 grams is the minimal amount needed to notice any effects, and doses taken at 18 grams per day had extremely noticeable effects. The best way to do this is to split doses into 4 different times and one of those times should be pre-workout. 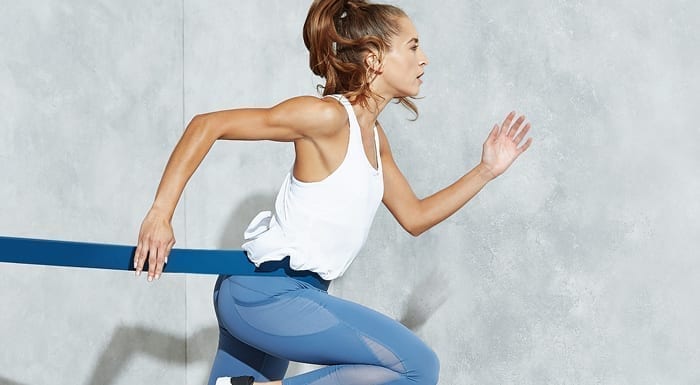 L-citrulline malate has many cardiovascular effects on the body and can improve the health of individuals who experience any sort of heart problem, or have high blood pressure. Citrulline malate is becoming more and more popular in the sports world due to the fact that it can increase sports performance dramatically.

Many supplement companies have been including doses of citrulline malate into their pre-workout formulas, like in MYPRE. Citrulline is usually advertised as having a greater “pump” effect on the muscles which immediately draws weightlifters to the supplement. This supplement is used on individuals who have heart problems as well as another huge benefit from this wonderful amino acid.

Short Workouts | From 4-Seconds to 20-minutes, there’s always time for a quick workout

Whey Protein Before or After Workout?