If you follow any competitive body builder on social media, you will likely see them talking about a ‘peak week’ in the final week before a competition. The purpose of the peak week is to make manipulations to their current regime in order to get their body looking its absolute best before stepping on stage. One of the manipulations that is often made relates to the amount of water they drink.

For the final week, competitors dramatically increase their water intake to anywhere between 10-12 litres a day. During the final 12-24 hours before competitors step on stage, they dramatically cut water in-take in order to dehydrate the body. This is often said to be one of the hardest aspects of stepping on stage. But does this give them the best chance of winning? Let’s have a closer look. 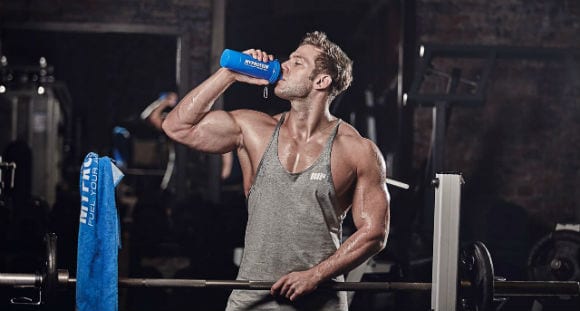 When competing in a competition, body builders are judged on the mass, definition, proportion and symmetry of their muscular appearance. It is thought by many body builders that dehydration of the body helps with the visibility of all of these components and also increases vascularity. Vascularity helps demonstrate the competitor’s extremely low level of body fat and increases their ‘ripped’ appearance.
One common theme with a lot of competitors is that on show day they look flat, small and less pumped compared to the days before and immediately after a show. So why is this?

First of all, the body is made up of 50-60% water. Our muscles are made up of even more than that (around 75%). Water is stored both inside and outside of the muscle cells. Water inside muscle cells is great as it makes muscles appear big and full. However, water outside of the cells (interstitial fluid) can mimic a small layer of body fat and decrease the appearance of the competitor’s musculature. So should the aim be to completely dehydrate the body or to get as much water inside the muscles as possible?

If a complete dehydration approach is taken, this means the 75% of a muscle that is water will also be significantly depleted. This results in smaller and flatter looking muscles. This is obviously not good for a competitor. Keeping water intake normal but ensuring the majority of it is stored in the muscle and not under the skin is key to looking full, hard and dry on show day. 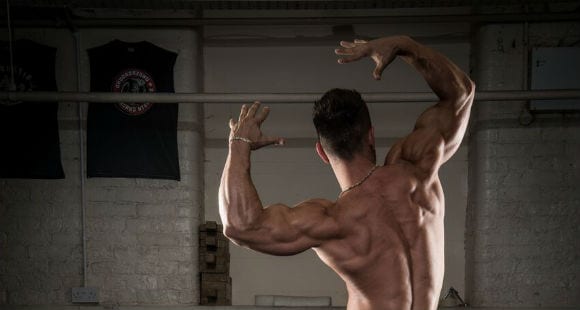 This is usually where competitors start trying to alter the amount of sodium/potassium found in the bloodstream. Sodium attracts fluid outside of the cells and potassium attracts fluid inside the cells. So it is thought that if sodium is reduced or completely cut out, that this will allow potassium to attract more water into the cells.

However the kidneys are monitoring fluid and fluid balance continuously and are very intelligent organs. If you try and ‘trick your body’, the chances are it will solve the problem before you step on stage and these extreme measures are often unsuccessful.

In many studies where dietary sodium is reduced, levels of sodium secreted via urine are also reduced. A significant finding in the same studies is that levels of sodium in the blood actually remain the same. When levels of sodium are too low, it causes a significant drop in blood pressure which triggers a series of reactions. Part of these reactions is an increase in a hormone called Aldosterone, which signals for the kidneys to secrete less sodium in an effort to maintain blood sodium levels.

Sodium and potassium are key in fluid balance, however trying to manipulate them often over complicates the peak week and frequently doesn’t have the desired effect.

So, how do you ensure the majority of stored water is inside the muscle and not under the skin? Manipulate carbohydrate consumption! The reason water is attracted to sodium and potassium is that they are solutes. Glycogen (the stored form of carbohydrate in the body) is also a solute. Every gram of stored glycogen attracts around 2.7 grams of water. Glycogen is stored in the muscles of the body. This is why after a day of consuming a high amount of carbs following a competition, body builders often say they look better. Their muscles look full, their skin is tight and they look big because their muscles have filled up with glycogen and the glycogen has taken water with it inside the muscle.

It is possible to over consume carbohydrates and cause glycogen levels to over fill, meaning the excess also ends up in the interstitial fluid and again there is the problem of having water under the skin. So consuming the right amount is key. Depleting glycogen stores for 2-3 days before the show by consuming fewer carbs and then a ‘carb up’ the day before the show is a great way to ensure the muscles are fully stocked with glycogen and subsequently water.

The Conclusion and Recommendations

Increasing water intake for just one day before a show will ensure the body is ‘flushed’ and not dehydrated at all, however, this isn’t essential. Keeping water and sodium normal in the days prior to an event will maintain physiological homoeostasis and the body will continue to flush excess water and sodium as normal via urine.

Trying to trick the body is very risky as it is likely to be smarter than you and fix the problem before competitors step on stage. Meaning the desired effect isn’t achieved. Working with your body instead of trying to trick it is the best path to success.
A simple carb depletion followed by a slight carb up the day before the show will ensure that muscles are stocked with glycogen and water and are looking full, big and pumped on show day. This will also ensure that the majority of water is in the muscles and not under the skin.

It’s important to have a few trial runs before the show to ensure you know many grams of carbs to consume and which foods to consume them from. Competitors get themselves looking amazing without ‘tricking’ the body. So the final week shouldn’t need to be any different.

Hip Thrusts | Why and How Men Should Be Doing It

Big Back Workout | Try This Lat Workout For Mass

Men’s Classic Physique Competition | What Is It?