Before this article begins I feel it’s best I state this is just my opinion – just like judging in either bodybuilding or men’s physique opinions are subjective – so this is just my take on this subject, especially when it comes to my recommendations for both classes).

The Rise of Men’s Physique

Unless you have been under a rock for past few years you will have noticed a huge rise in people looking for an aesthetic physique, six-pack of abs, a chiselled chest and a body of the gods. A lot of this is down to a relatively new class to hit the bodybuilding/fitness industry that is men’s physique. Men’s physique competitors have huge to appeal to a lot of males due to their focus on proportion, symmetry and a more streamlined, ripped but not overly muscly physique.

Compared to the bodybuilder who is still focused on proportion and symmetry (or at least should be) they are looking for the maximum amount of muscle they can get on their frame. The old adage of the bodybuilder to many people is that they have “gone too far” or that their look is “too much”. This is another reason people have swayed towards the more men’s physique look as it seen as more appealing to the masses. This has led to more and more people getting on stage as a men’s physique competitor. 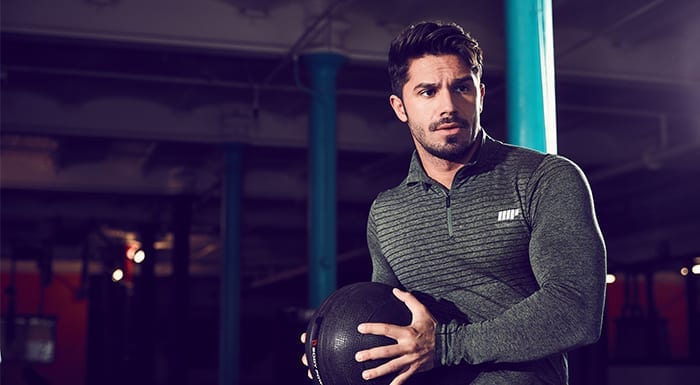 The Difference Between Physique and Bodybuilding

How do these two types of competitor differ when it comes to training and diet then? Firstly, the traditional bodybuilder will have periods of time called the “off-season” where they look to make improvements to their physique. These periods for bodybuilder tend to have a surplus of calories in order to build as much muscle as possible, however, this can lead to a build of body fat leading to a more puffy, softer look to the physique.

As men’s physique can actually get marked down for excessive muscularity in their physique, an “off-season” is not so necessary for a physique competitor. Sure, they are still looking to make improvements to their physique, however with them not needing huge jumps in stage weight year on year getting anything over say 10-20lbs above their stage weight just serves to make the diet harder.

Training wise they are plenty of physique competitors that train like bodybuilders and vice versa, but then again there are advantages for each to train more specific for their class. Physique athletes will benefit from less rest between sets, supersets, giant sets etc just due to the increased calorie burn and increased metabolism boost. This type of training does not typically allow itself for heavy compound exercises but that is fine as the goal is not an overly “thick” muscular physique.

The bodybuilder, on the other hand, will benefit from increased rest periods between sets allowing their muscles to recover more in order to keep lifting heavy weight, giving a denser, thick look to the bodybuilder. Just look at Ronnie Coleman if you are looking for a prime example of what heavyweights do to a physique.

What Does This Mean For The Future?

It is fair to say men’s physique is here to stay and it is not going anywhere fast. This can only serve to help more and more people to get into fitness and weight training which both have huge health benefits. However, I do feel like it is causing the demise of bodybuilding.

Fewer and fewer people compete in bodybuilding in the modern day and more and more compete in physique. I have been to shows where 40 – yes, 40! – competitors have been stood on stage in a men’s physique category. Now that is ludicrous – there is no chance the judging can be as thorough with this many competitors on stage at once.

Bodybuilding needs to start rewarding the more streamlined physique; it should not be mass at all costs, more so mass with class, and Arnold himself noted this at the 2015 Arnold Classic. Bringing back the tight waist into bodybuilding will only serve to improve the appeal and look of the sport and therefore bring it back to life.

Men’s physique, however, needs to bring in more poses, not just hands on hips and turning from front to back. It should include classic poses to bring out and show off the aesthetics. Also, long shorts should be scrapped for a shorter short that can showcase leg development. For too long physique competitors have been taunted for having chicken legs but lots of them don’t. They just don’t get to showcase them. So bringing this in will lead to a more complete physique being judged.

Whichever side of the fence you sit on be it physique be it bodybuilding – whether it’s the mass of a bodybuilder you want or the aesthetics of a physique athlete – both have a place in the fitness industry.

Active Duty Soldier Shares What She Eats In A Day

How To Do A Hip Thrust | 5 Variations

These Are The Best Foods For Cutting This Summer

Can You Send Carbs To Muscle?