For anyone clever enough to be able to count to 100, it is not usually a number that crosses your mind whilst in the weights section of the gym – unless it is the number of pounds or kilos.

To even consider a set of 100 reps might, therefore, seem like utter madness, if even possible without losing all feeling in your arms. You might well also question the benefits of so many reps; what is to be gained? Will it result in muscle mass, greater strength or endurance? And, also, how can 100 reps be advantageous for you in comparison to fewer reps at a heavier weight.

Feeling brave? Step this way and find out more. 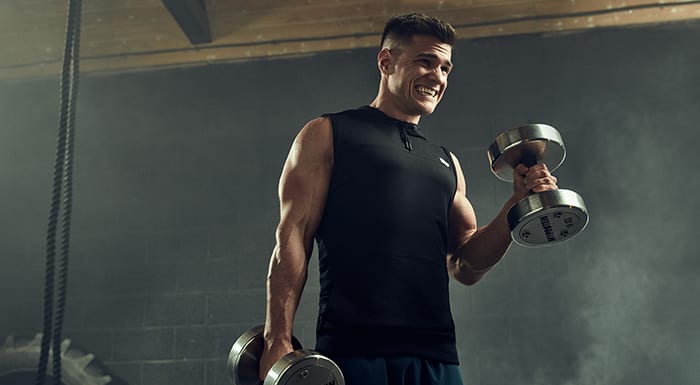 Know when to use the 100 rep century workout

If there is one thing that the 100 rep century workout is designed for, it is busting through plateaus. Don’t know what a plateau is? You’re lying.

For even the hardest working, most ripped, strongest of athletes putting in the hours day after day in the gym, you have off days. The weights might not feel heavier, per se, but they’re more laborious to lift. You lumber through your pre-planned workout and tick all the exercises off your list, but when you hit the changing rooms afterwards and feel like you didn’t get the gains and pump that you did the week before.

At other times it could be to do with external factors and lifestyle choices. Maybe you over indulged on carbs, or ate differently in a way that threw your energy levels out of whack. It could be a drinking session, a late night, too little sleep or a rough day at the office prior to your workout. Life happens, and sometimes it can put you in a slump. Then again, at times such as holidays, be it the festive kind or a week away from it all, your gym cycle can take a hit and you can find yourself struggling to get back into it.

The other kind of plateau is pretty much the opposite: a result of hard work. You try and try to increase your one rep max or the amount you can lift 15 reps of, and you reach a plateau where you simply feel like you can’t lift anymore.
100 rep workouts are not for people on a low carb diet. They will use up energy reserves by the bucket load and you will definitely need to be in a position to fuel that ambition, so make sure you are either in a bulking phase or have compensated with a lot of protein and carbs beforehand.

One other tip: you know already the importance of staying hydrated, but this workout system is known to cause cramps so do yourself a favor and keep a liter of water at your side. 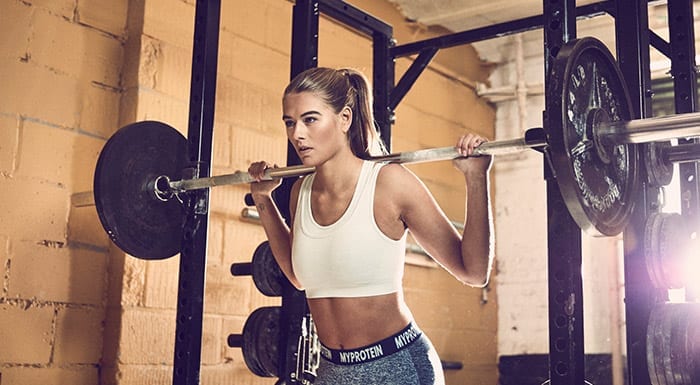 The logic behind the 100 rep century workout

Generally speaking, it’s a good guess that your average lift – if not a one rep lift – is somewhere in the region of 6-15 reps per set. This is still gospel, and lowering reps but increasing the sets (eg. 5 sets of 5) can help you to increase your one rep max, but a once in a while 100 rep workout could do many positive things that you hadn’t realised.

First, there is the superficial. If you’re looking for a mega pump up for some photoshoot, or just need the ego boost, the 100 rep set will get you there, but leave you within the hour.

It is the endurance and conditioning, though, that you can really benefit from. It will push you harder and to such a high level of intensity that you will push yourself mentally as well as physically. It can also help with capillarization within the muscle, meaning that it makes it easier to transport protein and water molecules to your muscles. It also increases your glycogen stores in the muscle that you are working, which means you will increase your training volume.

So, yes, in terms of lasting gains, strength and endurance, the 100 rep workout will contribute to your muscle growth and sporting performance going forwards. Not only this, but it will help with the aforementioned plateaus: both the kind that follows time off from the gym, shocking your body back into work, and also potentially help you reach that next level in your training.

So if a particular muscle group isn’t at a level you want it to be, it may be time to consider the 100 rep workout. But how would that look? 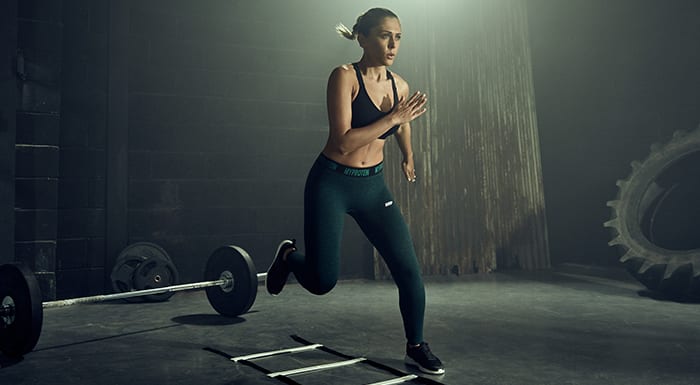 There is a time span to this plan as you would only want to perform one workout of the 100 reps system for a muscle group over a period of around a month to six weeks.

Opt for a weight at the 30 percent mark of what you would usually use, so if it’s 10kg, look at 3kg dumbbells, for example.

The aim is to lift all 100 reps with perfect technique. Obviously, your muscles will fatigue, so when you begin to fail at the halfway mark, take a pause that equals one second for every rep you have done. So that would be a 51-second rest after 51 reps, and so on when you need the break.

Your workout plan for a chest day might look something like this, with one set of 100 for each exercise, followed by a three-minute rest between each set:

This would translate to other muscle groups. You probably already compartmentalize your workout week with a day for your chest, back and then legs, so aim for a mix of compound lifts and single joint exercises as you usually would for that day.

It’s important to factor in the effects of muscle failure, especially where balance is concerned. If the lift involves standing or holding the weight above you, or squatting of all things, then you should look for an alternative so that you don’t suffer an injury and lose your balance.

How To Find The Right Weight Loss Diet For You

Make A Splash In This Season’s Hottest Swimwear

How to Calculate Your Body Fat Percentage