There are hundreds of amino acids all with their own unique functions. Some like leucine get all the attention as it is an essential amino acid that helps us build muscle. Others that aren’t essential like glutamine are still popular in the bodybuilding community as supplementing with it can help recovery/immune health. In this article, we will be discussing a non-essential (and nonprotein) amino acid known as L-Citrulline, and why it is becoming so popular in the fitness world over the past few years.

Why Should I Supplement With Citrulline?

Since Citrulline is non-essential, our body can make enough of it to keep us healthy as it is converted from the essential amino acid L-Arginine in the body. Along with L-Ornithine, these three amino acids are important to completing the urea cycle in the body which helps dispose of ammonia. While it is a rather simple cycle, it is also sometimes hard to comprehend. When we consume Citrulline it is converted into Arginine in the liver, which is then converted into nitric oxide throughout the body. This nitric oxide will sometimes produce Citrulline as a byproduct and starts the cycle over again unless the Citrulline is converted into Ornithine which is used to rid the body of ammonia. Put simply, all three amino acids can be converted into each other one way or another and without any additional supplementation will balance out and keep your urea cycle healthy.

It’s when we supplement with Citrulline that performance benefits follow. By increasing the level of nitric oxide in the body a few things happen. Promoting blood flow to the muscles during exercise can help lead to a greater “pump” feeling, which is why Citrulline is often added to pre-workout powders. Beyond this feeling that by itself can help us work harder as we can control and contract the muscle better, Citrulline has been found to increase the amount of ATP we produce by increasing the efficiency of its production. Increasing ATP will help lead to more overall reps until failure and give a similar benefit to creatine. Also, by being able to convert into Ornithine (the amino acid that rids the body of urea), Citrulline can actually stop the body from reaching fatigue in this fashion as well. Even after working out, Citrulline is able to deliver more nutrients to the body and assist in reducing DOMS (delayed onset muscle soreness) over time. 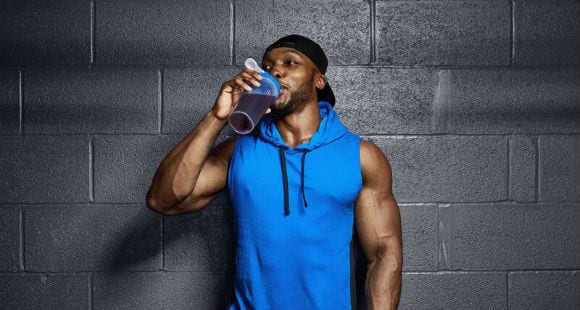 Above its performance benefits, this amino acid can even help keep your heart healthy and prevent heart attacks and strokes to a certain degree. By lowering blood pressure, Citrulline has been used in victims of heart failure to take pressure off of pulmonary arteries as well as increase blood flow throughout the body. While Arginine was thought to be more effective than Citrulline at causing these benefits (as Citrulline is converted into Arginine then nitric oxide), we have discovered this is not the case at all. Citrulline is absorbed much better in the gut than Arginine and when it comes to supplementing with it, Citrulline is much more effective at producing positive benefits than Arginine. Although when it comes to disposing of urea in the body, supplementing with Ornithine is better than Citrulline by almost three fold. The bottom line is basically:

How To Supplement With Citrulline

Unfortunately, most pre-workouts have a much smaller dose than is required to gain all the benefit that Citrulline has to offer (this is because Citrulline malate has the potential to ruin the taste of most pre-workout powders). For circulatory health, the one to three grams found in pre-workouts will be enough to accomplish this, but for increased ATP production and reduced fatigue, five to eight grams will be required. To get this much Citrulline it is almost a necessity to buy it in a bulk powder as it will be cheaper and safer than to try and get this much through pre-workout alone.

Brace yourself though, as even when mixed with a liquid, Citrulline malate (the chemical form of Citrulline that is bonded to a malic acid molecule) is extremely sour and is unforgiving the first time you try it. It is manageable but this warning is necessary as most bulk powders do not include any type of warning to its bitterness. While Citrulline does exist in nature (found mostly in the rind of watermelons), it would take pounds of watermelon to reach the required amount needed for performance benefits making supplementation ideal and practical, unlike other supplements that are found abundantly in foods. To gain all the performance and cardiovascular benefits, take all eight grams an hour to thirty minutes before a workout for acute benefits (unlike a supplement like creatine that needs to be loaded first).

Definitely one of the most underappreciated supplements out there, Citrulline is very good at what is does and can help all types of athletes who need increased performance as well as decreased fatigue. While it is found in pre-workouts and foods such as watermelons, Citrulline is required in a dose of close to eight grams to reap all the benefits. When taken before a workout in the full dosage the results happen very quickly and are easily noticed. The size of your pump is increased, you will feel more vascular and full, you will be able to increase the amount of time until you reach failure and feel stronger all in the first workout after you take it. Now go to the gym and remember to supplement smarter, not harder!

What Is Carb Cycling & How Does It Work?

What Is The Mediterranean Diet? | Food List & 1-Day Meal Plan

How Much Time Do Americans Spend on their Health & Fitness?

Discover The BEST Workout Track Based On Your Favorite Training Playlists

How To Do A Pull Up: Correct Form & Technique | Myprotein Masterclass