Whether you train for aesthetics, strength, endurance, or an athletic sport, proper nutrition is extremely important to continually make progress.

When the basics of calories, macronutrients and micronutrients have been firmly grasped, it becomes acceptable and necessary to advance into the realm of supplements. Along with a basic multivitamin for general health, most of us who partake in the lifting of weights to reach our athletic goals have heard of two supplements called whey protein and creatine.

Doesn’t matter what those goals are, but we have all probably been told by a friend or gym partner to “try this creatine, it’ll up your bench in a week!” or “you need 30 grams of this whey right after your workout to not lose any gains”. While not all of the statements you have heard about these supplements might still be scientifically accurate, there is no denying both have their place in an athletes diet. 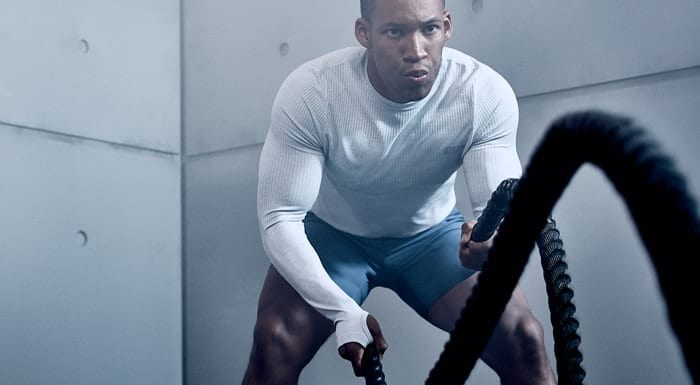 What The Science Says – Whey Protein

Beginning with whey protein, what is it exactly? While this might seem obvious to most, it is always good to have a refresher. Whey protein comes from the byproduct of cheese production and is found in most types of dairy along with casein protein. It’s a high-quality protein powder meaning it is rich in amino acids that promote muscle growth and has the benefit of having little to no added carbs or fats.

Its versatility is also an aspect that makes it very popular. From straight shakes with water or milk, whey protein can also be added to smoothies, oatmeal, and especially baked goods such as brownies, cookies, cakes, and homemade bars.

Whether we are bulking, cutting, or simply trying to get better, protein is extremely important to facilitate muscle growth, recovery, and overall health. Usually, the average diet is much more carb and fat heavy, which is where protein powder can come in as a low-calorie muscle building source instead of trying to eat 2.2 grams of protein per kilo of bodyweight from whole foods, which can definitely be challenging.

The last point to make about whey is that when bought in concentrate or sometimes even the isolate forms, it is quite cheap for what you’re getting depending on the brand (average is about $10 per pound).

What The Science Says – Creatine

Creatine might seem more complicated than protein powder as well as riskier as there are so many different forms and claims, but when it comes down to the facts creatine is rather simple. Luckily for us, this supplement has been extensively studied for decades, meaning we know a lot about it and its efficacy.

Simplified, creatine helps our muscles retain more water as well as something known as phosphocreatine. This directly helps your muscles produce more ATP which is important for all forms of exercise and basically gives you the energy to lift more, sprint faster, and hit harder to a small but noticeable degree. While our body does create creatine naturally and we do receive a small amount from the foods we eat including meats and fish, it isn’t nearly close to the 5 grams we need daily to reap all the benefits. So unlike whey, creatine can’t usually be substituted with whole foods and needs to be supplemented for maximal effectiveness

Beyond its performance benefits, creatine has actually been shown to positively affect the brain by helping to prevent neurological diseases, increase bone mineral density, decrease dizziness and headaches in traumatic brain injury patients, decrease depression and much more. Like whey protein, creatine is very cheap for what it can deliver (about $5 for half a pound) especially when bought in one of its simplest forms such as monohydrate. 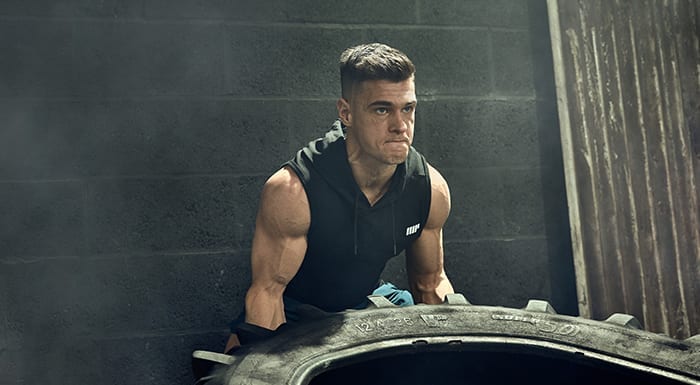 So what is the verdict?

f you had to choose between the two which would be more worth what you are paying for? Well, unfortunately, like most fitness and nutrition related questions such as this, the answer is it depends on the individual’s needs. For those who struggle to eat 100 grams of protein a day and weighs 180 pounds will most definitely benefit from a few scoops of protein powder because protein induced muscle growth trumps all else for strength/size gains and will most likely see no benefit from creatine.

On the other hand, those who can consistently consume enough protein to elicit new muscle gains from their daily meals will more than likely see less benefit from extra protein such as whey and should give creatine a try.

At the end of the day, neither of these supplements are essential to improving your athletic performance, as of course proper diet and training always come first in this equation. But athletes who have a firm grasp of these two basics can guilt free try creatine or protein powder to help them get a slight edge.

You know this point was coming but, it goes without saying both of these can be used together in a proper supplement stack by most for different reasons! Since they are both cheap and simple to use there is no reason why protein powder and creatine can’t be combined to help you reach your goals. Whether you want to mix them both together in a shake post workout, add one to your morning routine and another to your bedtime routine, it doesn’t matter.

Unlike what you might’ve heard, 5 grams of creatine can be consumed in any form, at any time of day, and will give you the same benefits. Same goes for protein powder, take as much as you need to reach your daily limit no matter when or what form. And that’s it, hope you learned something from this article and good luck in your supplementing endeavours!

7 Best Chest Exercises For Women At Home & The Gym

Get Your Daily Steps In With Our Ultimate Walking Playlist