A lot of gym junkies do indeed work out their legs, but it seems to be more prevalent that hamstrings and glutes are not necessarily worked enough within that leg workout. The mirror muscles (quads) are worked but lack of back of the leg development leads to an unbalanced physique and could ultimately lead to injury.

The next leg day on your regimen, skip the quads for one day and focus solely on this glute and hamstring workout to reap those much-needed gains! 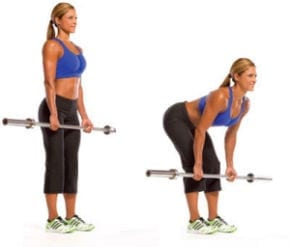 This exercise is a staple compound lift for the hamstrings and a great overall mass builder that should be used religiously. Keeping the legs slightly bent is critical on this movement to ensure that the hamstrings are doing the work and the stress and load are not placed on locked knees.

Top Tip: As stated before keep your knees slightly bent to ensure proper tension is placed on the hamstrings. Also, don’t let the weight down too far because it places stress on the lower back rather than the hamstrings.

This is one of those exercises that will have the people in the gym saying, “What in the world are they doing?” – but that’s okay! You’re focusing on building that better body, not what they’re thinking. This will target mainly the negative motion of a hamstring curl mixed with contraction of the glutes at top of the movement. It’s a killer exercise that improves not only muscularity but also translates to greater running and jumping form.

Top Tip: This exercise is not for everyone because of its high degree of difficulty. For a similar exercise try a glute/ham raise with an exercise ball. Place heels on the ball and have only your shoulders on the floor and use hamstrings to pull the ball as close as possible to your body.

The sumo deadlift is also another compound movement that will blitz the glute/hamstring tie-in. Allowing you to lift a little more weight than the stiff-legged deadlift, this movement is also great for the top part of the conventional deadlift finish. Keep your stance wide and the weight back ensuring you pull through your legs and not your back: these will smoke you!

Top Tip: These are great for developing the outer sweep of your quad but we’re trying to focus on the hamstrings primarily. Keep legs as straight as possible to ensure you’re using mainly your hamstrings and have lower back/glutes be the secondary muscle groups worked. 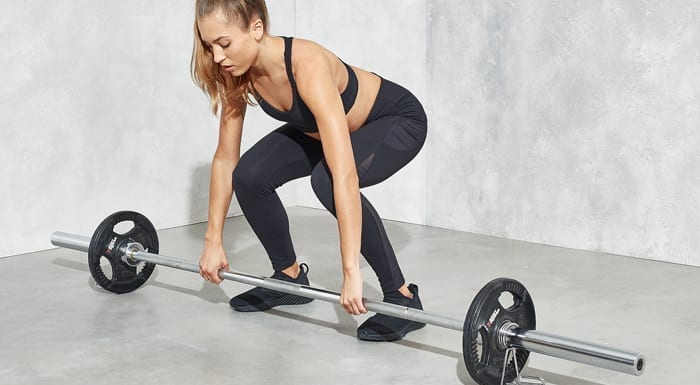 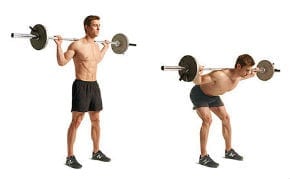 One of the golden age exercises for the overall hamstring development is the Good Morning. These allow you to get an incredible stretch and have all the tension on your legs rather than some on your back like on straight-legged deadlifts. You won’t be able to lift the weight you did on the other deadlift movements but these will be the ones that make it hard to stand up tomorrow.

Top Tip: Keeping your back as flat as possible is essential to this movement and to avoiding injury. This ensures that the hamstrings are being primarily stretched and contracted throughout the reps. Imagine your hamstrings as if they are steel cables and they are on a fixed pulley to pull up and pull down- no other movements.

Although it may sound like a simple workout, you will be huffing and puffing from all of the direct attention you’re giving your hamstrings and glutes. Whether you swap out your leg workout for this one or if you make this half your scheduled full leg routine, make sure you stretch out properly and warm up the hamstrings since they are a muscle that’s prone for injury.

Make sure you don’t have plans to walk around a bunch the following day or so after this one because it’s gonna burn!

Does Magnesium Help You Sleep?

Endurance or Strength? You Can Only Choose One

Our Best Gym Tops For Women This Summer