If you’re trying to build your arms, part of the problem in the past may be that you think of your upper arm as one unit, rather than several different muscles.

Bicep muscles raise the forearm toward the shoulder, as well as the supination of your forearm. This means that its two main functions are to curl and pull, and the control of lowering the forearm back down. Triceps function when straightening the arm from a bent position.

Throughout your workout week, you’ll work your arms when you are focussing elsewhere. For example, bench pressing to build your chest also develops your triceps, and wide-bar rowing to build your back will also channel your biceps.

If you’re looking for an upper arm specific workout plan for arm day, the following is a good basis for bicep and tricep development:

When it’s arm day during your workout week, you’ll no doubt struggle with fatiguing your muscles. After the first set of bicep exercises, they’ll feel cooked so it’ll be hard to imagine getting in the rest of the exercises without something bursting. If you’re new to arm workouts and you’re concerned about this, you may be doing too much too soon. Slow it down and work on technique. Keep the weight moderate. You want to feel it in the muscle you’re intending to work, and if it feels more like pain than progress there’s a chance you’re getting ahead of yourself. Whether a beginner or advanced, the same advice applies: rest. 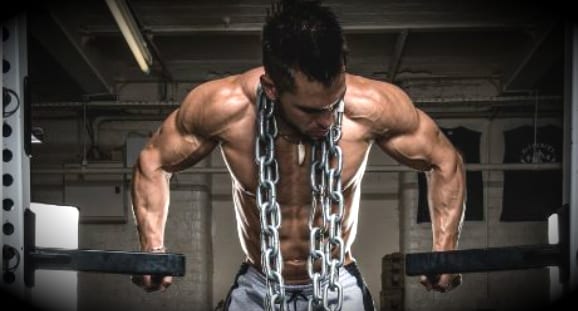 By resting, we mean both that you should work through your sets at a pace you’re comfortable with, based on your ability to recover. But also, this means alternating workouts to allow muscles to rest so that you don’t waste time.

Plan ahead and, using the aforementioned suggested workouts, pick a tricep exercise and follow it with a bicep exercise and repeat for the duration of the session. Perhaps you think of your upper arms as one area – get out of that way of thinking. As you develop as a weightlifter in both strength and knowledge, you should learn to identify muscle groups and which muscles are worked by which exercises.

Your biceps are comprised of two (bi) muscles – referred to as the long head and short head. The rest on the upper arm, starting their connection to the body on the scapula and running downward and inserting into the forearm, more specifically, the radius bone.

The curling motion will fundamentally work the biceps, offering your baking triceps a bit of a rest, and vice versa when you alternate. Do yourself a favour: when a muscle is tightening or feeling overworked it’s a sign that you’re applying trauma to it, which with rest and nutrition will result in growth. However, by taking this as a sign of distress, you may spare yourself and injury or two by choosing an exercise that comes next as one that won’t burden that muscle.

You should train your arms twice a week, but factor in a rest of two or three days in between. If you are a highly advanced bodybuilder with extensive muscle mass, make it one day a week.

Tabata Workout Plan | How to Lose Weight with Tabata

Video: Everything You Need To Know About Our Core Range

How To Start Meditating | 5 Steps For Beginners