Did you know there’s a whole lot more to protein than just whey? If you’re plant-based, can’t deal with dairy, or just fancy trying something new, then it’s time to get clued up on soy protein.

Coming from the humble soy bean, this form of protein is completely plant-based and boasts some great nutritionals. So, we put it under the microscope to see if the science backs up soy protein. Are there any health benefits, and how can you use it to reach your fitness goals? 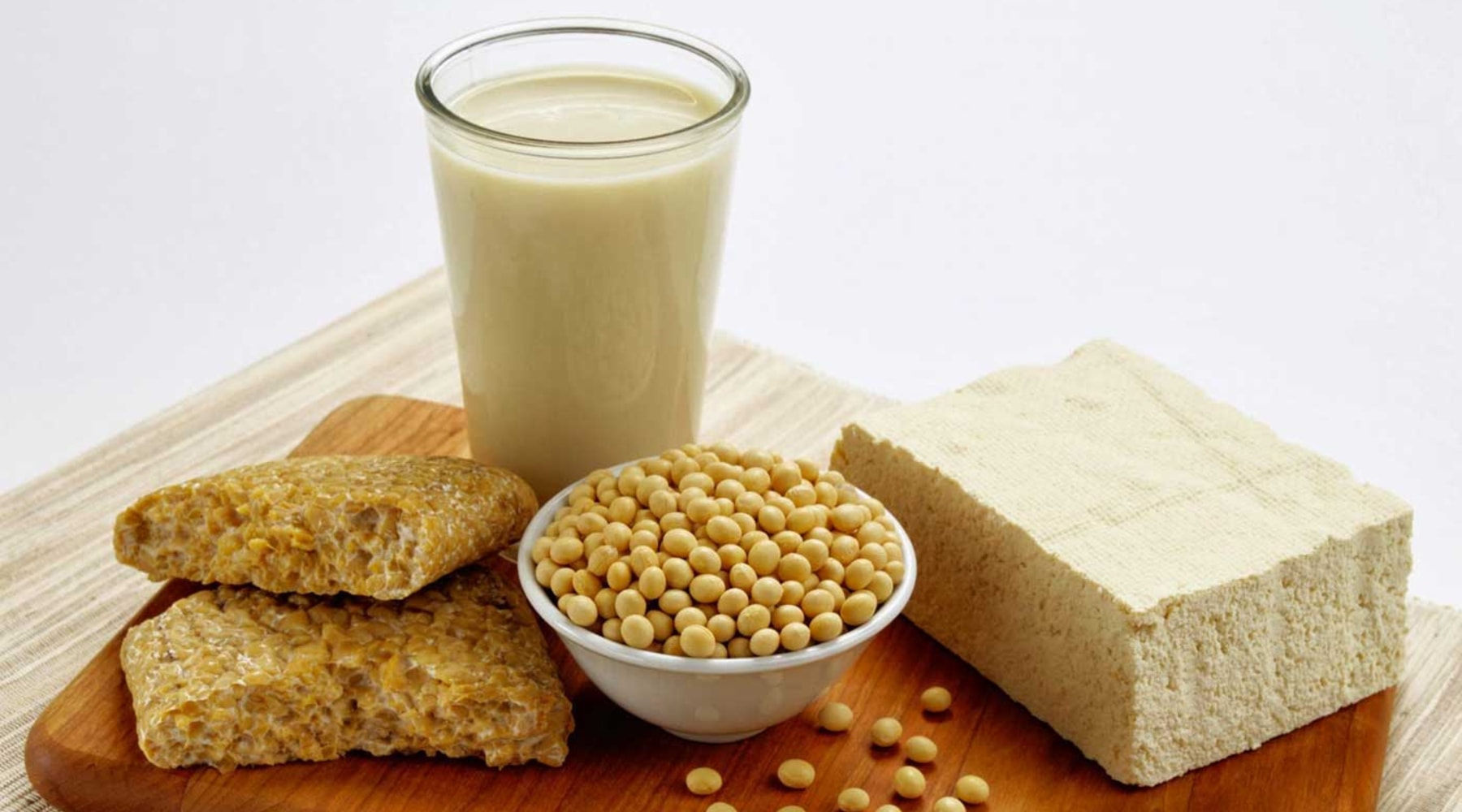 What is soy protein?

Soy protein is a plant-based protein that comes from the soybean, which is a legume. It’s a great source of protein for both vegetarians and vegans alike, as well as those avoiding dairy, with no cholesterol and very little saturated fat.5

This is the highest quality soy protein available. It’s more refined and processed than the others, but it has the highest biological value of all the plant-based proteins. This means the body will use a large amount of what’s ingested.1

Soy protein isolate can be found in:

Soy protein concentrate is made by removing the sugars (a part of the soybeans carbohydrate) from de-hulled soybeans. It’s still high in protein, but maintains most of its fibre, which is useful for digestive health.3

Soy protein concentrate can be found in:

This is made from soy protein concentrate, but is found in larger pieces or chunks. It often resembles a meat-based product

Textured soy protein can be used to make many of the popular traditional meat-based meals such as soups, curries, stews and more.3

The soybean contains all three macronutrients — protein, fat and carbohydrates. According to the USDA Food Composition Database, for every 100g of raw soybean, there’s 36g of protein, 20g of fat and 30g of carbohydrate on average.

These ratios will change depending on the product in question – A protein shake made from soy protein isolate will have a very different makeup from a soy protein burger.

What are the health benefits of soy protein?

One of the reasons why people move towards a more plant based diets could to be to eat less dietary cholesterol, as a diet that is high in meats is often high in cholesterol.

A benefit of soy protein is that it has no cholesterol and low amounts of saturated fat, whilst being a high quality protein. This makes soy protein a useful alternative to a meat-based equiavalent.6

There’s further evidence that soy might actually lower LDL levels (the so-called “bad cholesterol”) and raise HDL levels (good cholesterol). The effects were found to be greater in the less-processed soybeans rather than the refined proteins.6

Soy protein is relatively high in zinc, unlike many other plant-based sources. The absorption of zinc from soy is only about 25% lower than that of meat. Low levels of zinc are linked to low testosterone which impacts muscle growth and feeling tired. 4

So, if you find you’re often feeling drowsy, then maybe try sipping on a soy protein shake.

Soy is also high in vitamin B, calcium, iron, magnesium, phosphorous, and potassium, which are needed to support the immune system and energy production. This can improve that all round feeling of health and wellness and give you that all-important energy boost. 4

Soy is also high in fiber which helps lower cholesterol, improve gut bacteria, and gut function. A healthy gut means better performance in and out of the gym. 9

Soy protein can be used as a replacement or an addition to your diet. Since soy protein comes in so many varieties and options there are countless possibilities.

Thinking of taking on a more plant based lifestyle? Soy protein could be a great option.

Soy protein can also be used as an addition to your regular diet. If you’re looking to increase your protein intake, but can’t use whey or casein, then soy could be a great alternative. It’s high in branch chain amino acids and is a complete protein (contains all 9 essential amino acids), so you won’t have to give up on your muscle-building goals. 1

Looking to get lean? Soy protein supplementation can fit easily into a calorie deficit diet just as well as a diet designed for muscle gain. Soy is high in an amino acid called leucine, which is responsible for driving muscle growth. This process is essential for both cutting and bulking when you want to maintain and build muscle. 1

What are the side effects of soy protein?

Soy has got a lot of bad press over the years. It has been linked to lowering testosterone in men and increasing phytoestrogens. This has only been noted in isolated cases where the intake of soy protein was extremely high and the diet itself was unbalanced. 7

The majority of the research concludes that the risks of soy as a “feminizing” food has been overstated. Soy will have a largely neutral effect on testosterone if combined with a balanced diet. 7

For most people, soy protein is considered safe with little to no side effects as long as you are not allergic to soy.

Many people can’t use whey protein. For some, it might be an ethical or dietary choice as they wish to live a vegan or vegetarian lifestyle.

Whey protein is more rapidly absorbed than soy protein.10 However, soy protein is a complete protein with all of the essential amino acids. Because of its slightly slower absorption rates compared to whey protein, it could have the potential benefit of keeping you feeling full for longer.1

One benefit of Soy protein over whey protein is that it contains no cholesterol, making it ideal for those who are concerned about their cholesterol levels.

Growth hormone is a hormone inside us that decreases with age. It has many roles in the body which include cellular growth and metabolism. Arginine and lysine are amino acids which are needed help prelease growth hormone.

So, if you’re looking to top your levels up, then soy protein has high amounts of arginine and lysine which could have an acute effect on growth hormone levels.1

Soy protein is a plant based protein that can easily fit into a vegan or meat eaters diet. Soy is a great alternative to whey protein and is dairy free. It’s one of the few plant-based proteins that’s considered a complete protein as it contains all the essential amino acids.

This plant-based protein has no harmful effects if eaten as part of a balanced diet, besides being a potential allergen for some.

No need to panic if whey doesn’t work for you — soy protein is the perfect alternative to smash your gym goals, or to simply supplement a plant-based diet.

In Ketosis, But Not Losing Weight?

How Does Alcohol Impact My Performance & Recovery?

What Is Potassium & How Does It Benefit Athletes?

Abs Not Showing? | Top 6 Tips On How To Lose Belly Fat